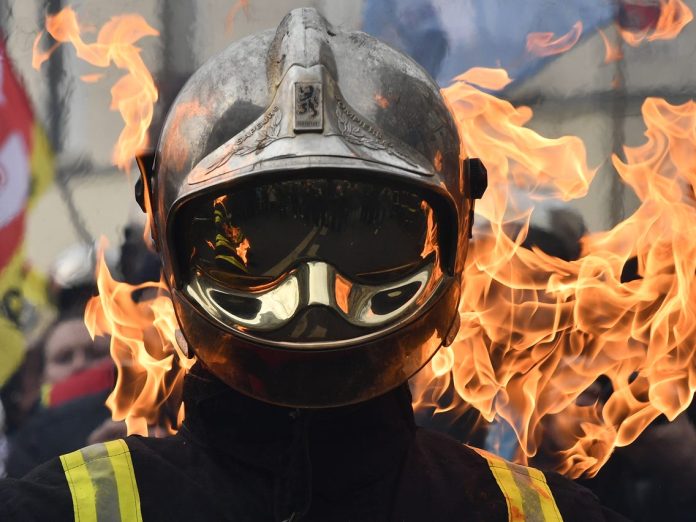 According to accounts, firefighters were dispatched to various fires in France this week only to be met by assailants equipped with projectiles and explosives on the same night.

A fire at a trash room in the commune of Plaisir was reported to emergency services around 8:30 p.m.

After successfully putting out the fire, firefighters were about to depart when they were attacked with fireworks and other explosives.

Police officers used their rifles to protect the fire department until they could escape.

Another inferno was reported around 30 kilometers away in the village of Les Mureaux half an hour later.

As firefighters and a police escort arrived on the site, they were assaulted with rocks and objects.

Officials promptly departed the area after finding that the fire was contained within a garbage can and did not pose a larger threat.

In Western European countries, police and emergency personnel are routinely ambushed, particularly in migrant enclaves and ‘no-go’ zones where assailants make no distinction between policemen and first responders.

“The standards of involvement are especially strict when they occur in the middle of an act of urban violence,” reports Le Parisien. “For example, in order to leave rapidly, firemen’ vehicles must reverse into dead ends. Officers will also inspect the area before beginning activities. If necessary, they can summon reinforcements. To repel projectiles, firemen must remain in trucks with reinforced windows beyond a set distance.”