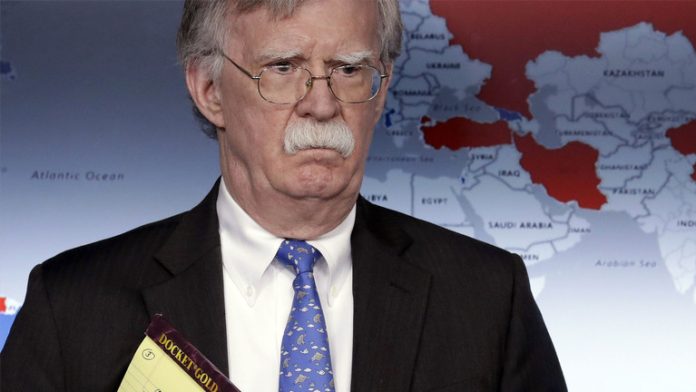 Former US national security adviser John Bolton, according to Turkish presidential spokesman Ibrahim Kalin, is a would-be “colonial governor” whose attempts to interfere in Turkish democracy are doomed to fail. In a piece published in the Wall Street Journal, Bolton proposed threatening Turkey with expulsion from NATO.

“Bolton, who previously admitted that he supported coups, called on NATO to intervene in the elections in Türkiye. It is a futile effort to try to control the democratic will of the Turkish people,” Kalin tweeted. “The days of playing colonial governor are long gone,” he added.

The Turkish-language tweet also referenced Bolton’s op-ed in the Wall Street Journal, published on Tuesday, in which the hawkish Republican advised NATO to “put Ankara’s membership on the table” in order to influence Turkish elections.

” Turkey is a NATO member, but “it is not acting like an ally,” according to Bolton.

Türkiye, a NATO member since 1952, commands NATO’s second-largest army and is home to the Allied Land Command headquarters in Izmir. However, relations between Ankara and Washington have been strained in recent years, following US sanctions against Turkey for its incursions into Syria and the decision to purchase S-400 air defense systems from Russia in 2019.

While Bolton currently holds no public office in the United States, he previously represented the United States at the United Nations and served as President Donald Trump’s national security adviser until his firing in 2019. The champion of regime change in Venezuela, Iran, and Russia recently stated that if Republicans do not reject Trump, he may run for President in 2024.

Erdogan’s Justice and Development Party (AKP) has ruled Turkey for nearly two decades. He has been president since 2014, and previously served as prime minister. The AKP currently holds 286 seats in the 600-seat Grand National Assembly, while the CHP is the largest opposition party with 134.