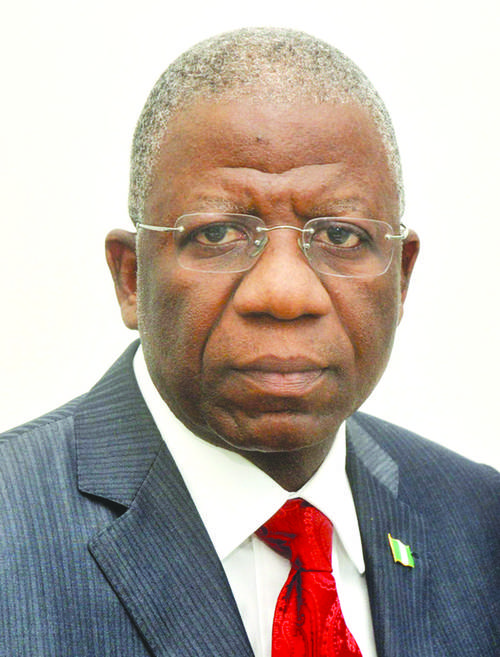 The Economic and Financial Crimes Commission (EFCC) is set to arraign Nigeria’s former top civil servant over allegations he stole over N1.9billion.

Oronsaye StephenMr. Steve Oronsaye, who served as Head of Service, was arrested on Wednesday and remained in detention until Friday when the EFCC filed charges at a federal court.

He was granted bail and ordered to present himself for proper arraignment on Monday. EFCC sources told Saharareporters that Mr. Oronsaye remain in detention unable to fulfil the copnditions for his bail.

Details of the charges obatined by our reporter are included below, also SaharaReporters had previously detailed some of the financial shenanigans involving Mr. Oronsaye following documents received from the EFCC concerning its investigation of allegations he stole the money during his tenure as Head of Service.

The Economic and Financial Crimes Commission, EFCC, on Friday slammed a 24-count charge of stealing on the former Head of Service of the Federation (HOS), Steve Oronsaye, and two others.

The charges brought against the former HOS and two other accomplices border on stealing and obtaining by false pretence, otherwise known as 419, people familiar with the matter told PREMIUM TIMES.

We understand that Mr. Oronsaye and his two accomplices would be arraigned in court on Monday.

Already, the case has been assigned to Justice Gabriel Kolawole of the Federal High Court, Abuja.

Mr. Oronsaye was arrested by the anti-graft agency on Wednesday on allegations of corruption.

He, however, ran into fresh trouble when new allegations emerged that he was engaged in theft and money laundering.

The commission had granted him administrative bail and ordered him to report for further interrogation Friday.

After hours of rigorous questioning by top officials of the commission, the 24-count charges were drawn up against him.

PREMIUM TIMES had in December 15, 2013 exclusively reported how Mr. Oronsaye and other top directors of the Nigerian civil service colluded to allegedly defraud the nation of N6.2 billion pension fund.

The fund, allegedly stolen through a maze of bogus contracts, was meant for biometric enrollment and payment for computer accessories that were never supplied, PREMIUM TIMES learnt.

Mr. Oronsaye, 64, was appointed the Head of the Nigerian Civil Service in 2009.

A reliable source at the commission had at the time said that between 2009 and 2010, almost N6 billion in fake contracts were awarded and paid for under Mr. Oronsaye’s supervision.

According to the EFCC, Innovative Solutions and Project Limited, a company allegedly handpicked by Mr. Oronsaye, received a contract of N63 million for biometric data capture.

The contract, however, served as a conduit through which three individuals and five companies got N705,368,245.

Other companies which had no contract to participate in the biometric data capture exercise but were paid include Frederick Hamilton Global Limited, who received N119,398,500; Xangee Technologies got N153,146,719; Fatidek Venture received N30,056,000; while Obanlado Enterprises was paid N96,765,400.00.

During its investigations, the EFCC uncovered how Phina Chidi, a deputy director in the Pension Account at the Office of the Head of Civil Service of the Federation, OHCSF, who had given a written statement to the commission in January, 2011, disclosed to the agency how she was made to shop for companies that would execute contracts and make returns to Mr. Oronsaye.

“I was asked by Dr. Shuaibu (Teildi Shuaibu, Director, Pension Account) to shop for company names to execute our contracts, proceeds of which should be given to Mr. Stephen Oronsaye the then Head of Service,” Mrs. Chidi said in her statement. Read full