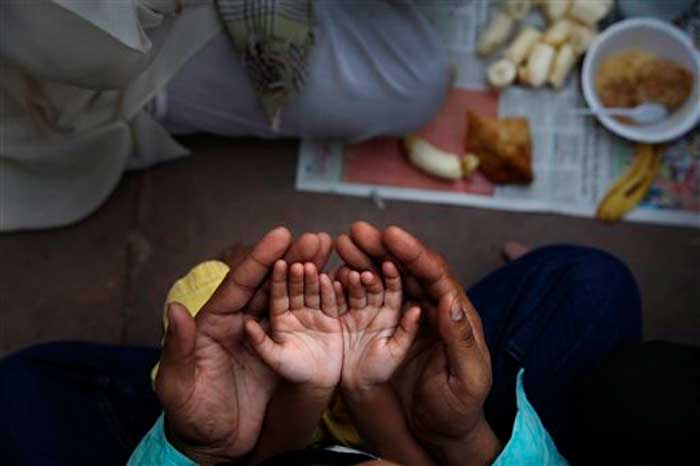 For a Muslim, Ramadan is the time of the year when he goes through a spiritual and inner renovation, a time to ponder over the purpose of his existence in this world. It is the time of the year when he atones for his misdeeds, redeems himself and turns to God in an effort to draw closer to Him. It is during this month that he relishes the inner joy of fasting, helping those less privileged, and experiencing the joy of recognizing the blessings of God and giving thanks to Him. It is the time to experience all the spiritual blessings and joys that Islam brings to the human soul and to humbly submit oneself before God.

However, Ramadan is not only a time of prayer, fasting and spiritual reflection: It is also a concerted effort to solidify the amity and brotherhood among fellow-believers and establishing the bonds of unity among Muslims. The spirit of Ramadan is essentially about love. It is experiencing love for everyone, grasping the fact that everyone and every living being is a manifestation of God and that because of that fact alone, they deserve love and compassion.

However the situation in many Islamic countries today reveals a picture far from this spirit. A great majority of Muslims have been artificially disunited mainly because of some sectarian or sub-sectarian differences. Shias, Wahhabis, Sunnis, Alawites, though living in the same region, have drifted apart from one another and have even engaged in open conflict.

Across the globe, from Iraq to Afghanistan, Palestine to Myanmar, Syria to East Turkestan and Somalia, Muslims are having another Ramadan amidst conflicts, wars, shelling, exile, torture, abuse and injustice.

The Islamic countries are among the world’s most war-torn countries. Ranked by death tolls in recent years, the fighting in Syria make it the most war-wrecked country. The crisis that started in 2011 took an unpredicted course, causing the death of 500,000 people and leaving two million injured. Only in May 2016, 872 civilians lost their lives and the death toll is steadily rising. The world’s worst humanitarian crisis provides no hope to Syria’s refugees, rendering them the largest group embarking on dangerous journeys to seek asylum in Europe.

The picture in Iraq is no different. Left in ruins for the second time in the aftermath of the US invasion in 2003, the Muslim population in Iraq is living a life of poverty, misery and fear amidst suicide attacks and terror acts.

Yemen is another story of misery. Though it does not hit the headlines as regularly as Syria and Iraq, there is much ongoing violence in Yemen which is strikingly encapsulated in one Red Cross report: “Yemen after five months looks like Syria after five years.”

The misery going on in Uyghuristan, which has been the homeland of Uyghurs who are Muslim by faith, is hardly known by the wider world for the Chinese government has long kept a tight rein on the media. China regularly arrests, tortures and kills innocent people in Uyghuristan. Hundreds of thousands of Uyghurs who have dared to challenge communist authority have been executed. Since 1949, the forced agricultural policy imposed on the nation left millions of people dead out of starvation. Many people fled to other countries and hundreds of thousands have been sent to forced labor camps. While all this persecution is ongoing without most of it being heard by the rest of the world, the people of Uyghuristan are suffering.

When people put their lives at risk on rickety boats and set sail on packed vessels, you can be sure that these people have been left with no other option. Such is the case for Rohingya Muslims, who have been residents of the Arakan State of Myanmar since the 16th Century. The UN calls the Rohingya Muslims “one of the most persecuted minorities” in the world. The plight of this Muslim minority population came into the focus of the world in the summer of 2015 with images of them being stranded on vessels in the Andaman Sea as they fled the horrors of the government of Myanmar. According to Tomas Ojea Quintana, the UN Special Rapporteur for Myanmar, the human rights abuses committed by Myanmar’s security forces against the Rohingya Muslims are widespread and systematic and the government of Myanmar officially declares its intentions of not softening the pressure it exerts upon the Rohingya Muslim ethnic minority.

Meanwhile in another part of the world, on the continent of Africa, there is another Muslim country, Somalia, where 1.1 million people have been displaced because of the conflicts that have been going on for many years. In Somalia, a country which is also beset by natural disasters such as famine and drought, there are one million people who are in need of humanitarian aid to survive. Every day, scores of infants and children lose their lives because of hunger. Meanwhile in the Central African Republic, since March 2013, tens of thousands of Muslims have lost their lives because of levels of violence which is widely considered as ethnic cleansing.

In other African countries, whose natural resources were confiscated by the Western colonial powers, there still exists great persecution and massacres of Muslims. They are prevented from becoming powerful through the continuous incitement of terrorism, violence, disorder, and instability.

There are many Muslim countries and communities who face persecution that we could not mention in the scope of this article. Palestine, Afghanistan, Pakistan, Libya, Philippines, Morea, Crimea, Niger, Kashmir, Sudan, Patani and others. The month of Ramadan is an excellent opportunity for every Muslim to think about the painful scenes the Islamic world faces and resolve to exert themselves in this regard. Muslims should use this time to build on the spirit of unity and solidarity, for it is a requirement of Islam. We should keep in mind that the spirit of Ramadan comes with that power that brings Muslims together.