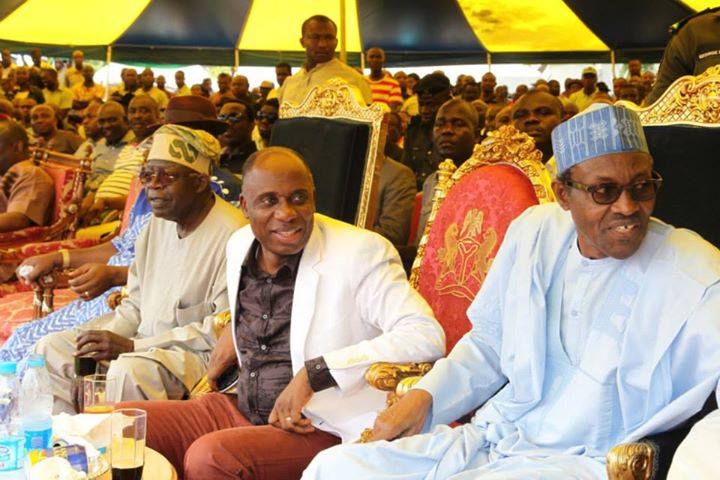 APC is the acronym for the All Progressives Congress, Nigeria’s major opposition party. Since its emergence, the party has become the sole alternative to the PDP’s continuous hold on the reigns of power. It has given life to the hope for change and for the government, it is a threat against which they lack immunity.

As the 2015 elections draw closer, the pressure against the government is rising as its policies and actions have continued to foster an atmosphere of insecurity, hopelessness and uncertainty. In reaction to the mass condemnation and rejection it is facing from its citizens as a result, the government’s position is that every voice that stands against its anti-humanism is APC. Every person or institution that rejects and takes a stand against corruption and impunity is APC.

The #BringBackOurGirls advocacy is a clear example of this labeling. Championed by selfless and patriotic Nigerians, to demand the rescue of the 219 Chibok girls being held by Boko Haram, the movement symbolises Nigeria’s unity as it is made up of citizens from all religions, tribes and social backgrounds. They unite to stand for our common humanity and in the process are making a lot of sacrifice to ensure that the 219 Chibok girls are not forgotten and the government does not enjoy the luxury of forgetting about them.

The advocacy symbolises unity, humanism, love, sacrifice, unending faith, patriotism and our hope for a compassionate and greater Nigeria. The PDP government investigated the movement, saw the truth and sincerity of its ideals and called it APC. Because PDP is everything opposite of all it stands for. Indeed if you stand for the truth and someone says you are opposing them, it means they are standing in a position that is opposite of the truth.

The evolution of APC from a mere political party to an ideology and state of mind was ignited by the government when it began to label every voice that speaks against corruption in government, decries the state of insecurity, laments the lack of development, condemns impunity, demands for its rights etc as APC. They called ASUU and NMA APC when they embarked on strike to demand for better working conditions. Indeed our religions are APC, every value that is just and democratic is APC. The constitution is APC and so are the laws and the institutions that uphold them. That is why the government embraced impunity in spite of them.

Our economy is crumbling, we are more divided along ethnic and religious lines than ever in our history, our citizens are being killed, maimed and thrown into more suffering everyday by the Boko Haram terrorists. And the government has not shown any indication it can reverse our downward spiral. If anything, it has proven to be an accomplice to it.

What Nigerians yearn for, therefore, is change and APC is the only hope for that change. The APC that was a political party has now evolved into something bigger and deeper: a feeling of dissatisfaction, a show of disapproval and a vehement rejection of the status quo. It is a belief, an emotion and a metaphor for the rejection of evil, corruption and destruction. It is a yearning for a better life, for justice, for prosperity and survival.
In the Nigerian socio-political lexicon, the PDP is a synonym for the absurd, immoral, evil, satanic, corrupt, insidious, pervasive and every thing detestable. And the opposite of it all is APC. You do not need to be a politician to be APC. Once you stand for the truth, you are APC, even if you’re a member of the PDP.