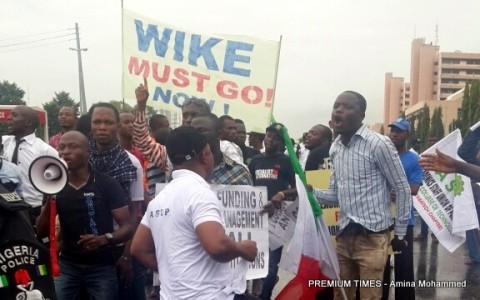 The lecturers had been on strike since October last year.

The Academic Staff union of Polytechnics, ASUP, has suspended its 10-month-old strike.

The strike, which started in October 2013, was suspended on Saturday morning at the National Executive Council, NEC, meeting of the union held in Abuja.

The National Publicity Secretary of ASUP, Clement Chirman, confirmed the suspension of the strike to PREMIUM TIMES.

He said all striking lecturers have been directed to resume work on Tuesday.

The ASUP NEC meeting was held two days after the leadership of the union held a ‘fruitful’ meeting with the new Education Minister, Ibrahim Shekarau, who was sworn in by President Goodluck Jonathan on Wednesday.

The ASUP NEC consists of all chapter (polytechnic) chairmen of the union and the national executive of the body.
Details later…