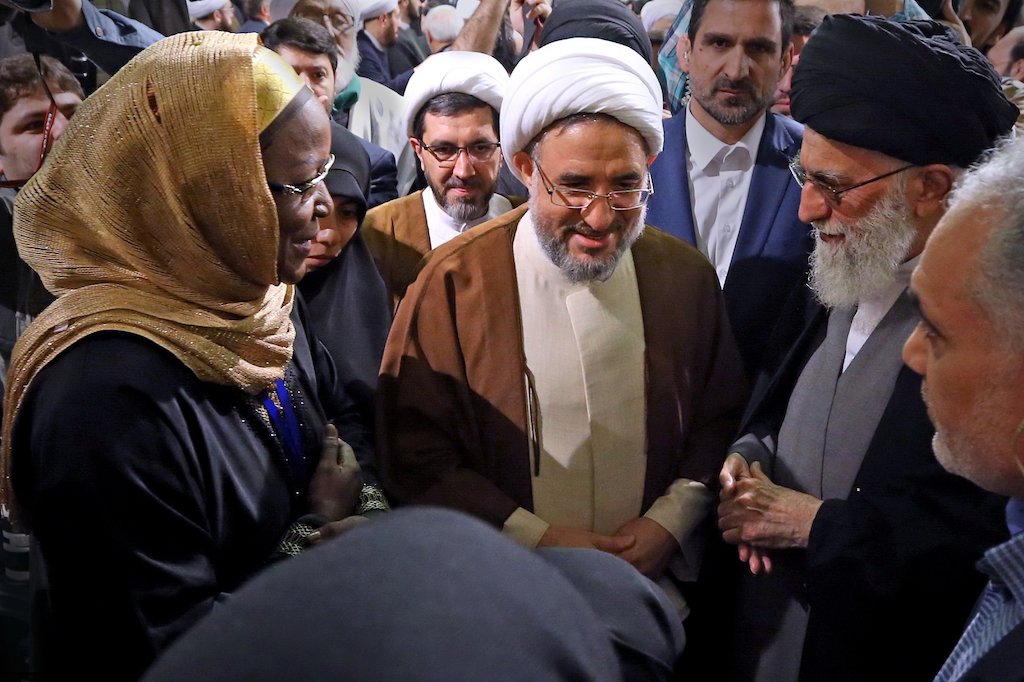 In his interview with the Al-Akhbar newspaper on September 30th, the Secretary General of Hezbollah, Sayyed Hassan Nasrallah, drew attention to  British Shiism. Nasrallah stated that the structure he defined as “British Shiism” is fuelling the denominational wars in the Middle East and accused those who insult the Muslim Sunni community over various UK-based television channels of seeking to incite sectarian conflict. Following is one of the most remarkable assessments Nasrallah made in his interview:

“These individuals, who resort to religious and sectarian discourse, are the spies of [the British] espionage agencies and they aim to destroy religious sects. And those who support them are accomplices to this conspiracy.”

Similarly, in 2013 and recently, the religious leader of the Islamic Republic of Iran, Ayatollah Ali Khamenei, issued an official statement saying, “Provoking the feelings of other Islamic sects in name of Shia is in fact British Shiism… It is the work of the British Shiism to insult the sanctity of the Muslim Sunni community.”

As if the fact that these individuals regarding non-Shiites as “idolaters” is not enough, on top of that, they routinely use the media to insult preeminent figures such as Hazrat Abu Bakr (ra), Hazrat Omar (ra), Hazrat Osman (ra) and Hazrat Aisha (ra) who are held in high esteem by Muslims. In his statement, Ali Khamenei also indicated that individuals such as Shirazi and al-Habbib are at the disposal of the British Intelligence agency MI6, and they are employed to instigate sectarian wars. In January 2015, the Iranian government  closed down the offices of 17 so-called Shiite TV channels broadcasting over satellite on the grounds of inciting dissent between  Sunni and Shiite Muslims. Additionally, in June 4, 2016, a sermon was given again in Iran preaching “the need for struggling against British Shiism”.

The movement defined as British Shiism is known to be led by Ayatollah Shirazi. The religious leader of the Iraqi Shiite community, Ayatollah al-Sistani, who issued a statement regarding “the need for protecting the Sunnis in Iraq” against Shirazi’s fatwa “Killing Sunnis is a Religious Duty”, was declared an ‘unbeliever’ by Shirazi and his followers.

Likewise, regarding  British Shiism, the Ahl Al-Bayt World Assembly Chairman, Ayatollah Shabistari said, “Today, the enemy seeks to spawn an anti-Sunni /Shiite fascism within the Islamic world. By introducing irreligious customs and superstitions, British Shiism is paving the way for the enemy to slaughter Muslims.”

The global powers seeking to rule over the Islamic World inflame sectarian differences.

While in the past, the true religions were sources of love, peace, brotherhood, unity and solidarity in the Middle East, at this point today, these sectarian differences have become the primary cause of wars, conflicts, enmity and separatism in these lands. When we look at Syria, Iraq, Yemen, Lebanon, in short, when we look at all regions that are beset with turmoil, we discover that the Sunni-Shiite conflict is the root cause of all the problems.

Today, the threat the Middle East is faced with is neither the so-called Islamic State (ISIS), nor the energy-oriented plans of the global powers. Sectarian wars pose the greatest danger to these lands. Sectarianism is a factor that allows the Western countries to carry out provocative activities in the region with the greatest of ease; it is also the most effective weapon wielded by these countries to divide the Islamic world into small and weak factions. It is again these sectarian differences that nurture ISIS, al-Qaeda, and other radical organizations.

Of course, there are various sectarian differences among Islamic countries. Although these differences have been present for centuries and the sectarian tension in the Middle East has been constantly escalating particularly since 1979. So much so that the tension and dissent caused by sectarian differences manifest in the region as conflicts and wars that are still raging with an unprecedented violence.

Almost every day, the news report the violence inflicted by a group on another group of a different sect: A bus carrying civilians being fired upon by automatic rifles in Pakistan, suicide attacks being carried out in Beirut, or a suicide bomber exploding himself inside a mosque in Kuwait or Iraq killing many innocent civilians with him, a marketplace being bombed with barrel bombs or people suffering brutal tortures in Syria: In Bahrain, in Yemen, scores of innocent children, women, elderly, civilians  are losing their lives almost every day due to sectarian conflicts. A greater part of the millions of refugees that have fled from bombs, war and oppression now live in poverty and misery for the same reason.

One of the primary underlying reasons behind this sad spectacle is this; certain Western countries wish to see an Islamic World that is weak and divided. They believe that politically, socially and economically unstable Muslim countries are better suited to their interests.  In order to achieve their goals, they take advantage of sectarian differences; they incite sectarian discrimination, they promote loveless and aggressive societies that harbor enmity towards each other and are distanced from the Qur’an and the true values of Islam; they pit Muslims against Muslims, brothers against brothers.

Having fallen for this ploy, certain Muslim politicians, religious and opinion leaders thus wittingly or unwittingly serve the insidious plans of the Western states by adopting a bitter and hateful discourse towards Muslims who are members of different denominations, sects and groups.

What should be most urgently done is for all Muslims to abandon the sect-oriented approach as soon as possible and cast aside their sectarian differences. Regardless of their sect, Muslims believe in the same God, the same religion, the same Book, the same prophet, turn towards the same Qibla, and share a common culture and values. In short, we have ample motives not for dissent and conflict, but for unity and solidarity. In the Qur’an, God forbids believers from turning against and causing divisions and dissent among each other: Acting in defiance of this divine commandment will entail nothing but trouble. Only through unity and solidarity, and a sincere intention of brotherhood and compassion among the entire Muslim community under the guidance of the Qur’an, can our brothers in the Middle East overcome the sufferings and hardships they are enduring and lead the serene, stable, peaceful and prosperous lives they long for.

In that case, let me repeat our call we have been making for many years be it in my books, in my speeches or in my articles to all Muslims around the world: Let us completely and immediately cast our sectarian differences aside, let us all unite!