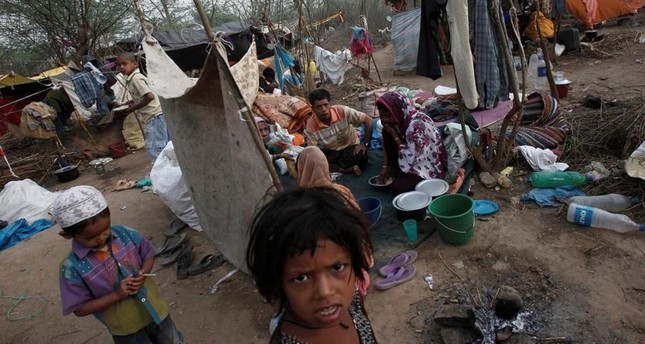 Burma, which means “the center”, was once home to a mighty Kingdom even well into the European Middle Ages, and centuries later it is, in a way, still the “center” of Asia with its breathtaking beauty and richness.

Despite all these positive qualities, the country is mostly known for outrageous human rights violations. It is also one of the poorest countries in the world. Other countries largely control its natural wealth and domestic conflicts have only served to exacerbate its   poverty. Myanmar lacks the technology or the means to process its resources independently, and more importantly domestic conflicts. Lack of democracy and abuses of human rights are only making the situation worse.

The country has a very strategic position in the continent as it sits right in the middle of important Asian countries like China, India, Thailand, Bangladesh and Laos.

It was a British colony until 1947 after which she lived under military rule for years. During this period, it was almost completely alienated from the rest of the world. While Asia was developing in leaps and bounds, Burma was swamped with domestic problems. The world’s response to this was economic and diplomatic isolation and Burma was renamed Myanmar in 1989.

China, which has been searching for a way to the Indian Ocean and has been strengthening relations with Myanmar for a long time, has used the fact that the global community stays away from Myanmar to advance its own strategic interests. They rolled up their sleeves to build highways, railroads, harbors, and pipelines to connect South and West China to the Indian Ocean. However, China’s motivation to invest in Myanmar was not only commercial; China also considers Myanmar as a country of vital importance to ensure its own safety and enhance China’s regional power.

An important point to take into account is the energy agreements signed with China. China’s energy deficit and sensitivity regarding its energy security is a known fact. In this sense, Myanmar is a country that China attaches importance to in terms of energy assurance. Myanmar’s offshore natural gas sources and oil –even if low in quality—play an important part in China’s policy of diversification of its energy sources.

China-Myanmar natural gas and oil pipelines – which begin in the capital city Sittwe (where Muslims are a majority) and enter China from the province of Yunnan – are a very important factor in evaluating the Rakhine problem. This pipeline, which reaches China from the harbor near Kyauk Phru along the shores of the state of Rakhine, and also reaches India from Sittwe Harbor, not only carries Myanmar’s energy resources to China but also will become a harbor where tankers traveling from the Middle East to China can offload with a planned deep sea port slated for construction at Sittwe. This is considered an alternative to China’s dependence on the Malacca Straits and thus reliance on Singapore and Malaysia.

This strategic data illustrates the importance of the Rakhine region for China’s energy security. Since the Rakhine Muslims are seen as having a potential to destabilize the region, they are also considered a threat to China’s energy security; therefore from China’s point of view, it is viewed as a positive development if they leave the country or are expelled from the region. Even though the policy of oppression going on in the region is a problem of post-colonial nationalism, when looked from this perspective, it can be seen that this latest crisis is actually more  an extension of regional power competition.

This is one of the most important reasons why Muslims in Rakhine are going through so much suffering;  real geopolitical and economic interests play an important role in the steps taken by Myanmar. Behind the conflict in the region lies the interests of Burmese Buddhists and the Chinese to secure more land as well as oil and gas investments respectively; thus, a harsh policy of oppression is being implemented to encourage the Rakhine Muslims to leave and evacuate the area and there is no interference with these ongoing attacks because of these reasons.

Most recently, the Myanmar government banned the activities of Doctors Without Borders, claiming that the group favored the Muslim minority. The truth is that the Muslim minority doesn’t even have access to state health-care centers and without this humanitarian group, they will have no medical attention whatsoever, no matter how urgent the situation might be.

This is just one of the many examples of shocking human rights violations we hear of from the region.

So what could be the solution? In point of fact, the Muslim community which lives in Rakhine Province is not a threat, either to the Buddhists of Myanmar or to China’s energy security. The Rakhine Muslims are a mild and peaceful people; the only thing they want is to live safely in their own lands and to take advantage of citizenship rights like everyone else in Myanmar. The onus here falls on the government of Myanmar, a nation that harbors scores of different ethnic and religious groups in the same lands. The only proper thing to do is to ensure that rights and freedoms are given to everyone equally and to reassure the Rakhine Muslims of the same. When these democratic steps are taken, China, the Myanmar government and the Rakhine Muslims will all be comfortable. Trying to establish safety and solidarity in the region through oppression and coercion is difficult and morally unjustifiable, particularly when a far easier and more just way of doing so is a more effective and equitable solution.