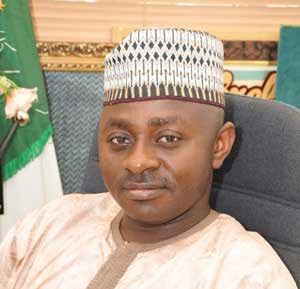 Member representing Oju/Obi Federal Constituency in the Federal House of representatives under the platform of the Peoples Democratic Party (PDP), Hon Samson Okwu has been engulf in an alleged affair with the wife of one Agbo Samuel, a soldier serving at Akwa Ibom state.

It was gathered that the soldier who also hails from Obi local government as the reps member was suspicious that his wife may have been involved in illicit affairs when he was away.

On an unannounced visit, he discovered his wife, Joyce (nee Okwe) had been away for some days and was also told she was spotted at the house of Hon Samson Okwu days earlier.

According to reports, on Saturday 4th March, the soldier in the company of his uncle, one Alex Ojeka went to Hon Samson Okwu’s house where he confirmed his wife had been staying there, and after a hot exchange, the lawmaker, accepted that he was sexually involved with the woman but pleaded for the matter to be kept under wraps.

Unsatisfied, it was learnt that the soldier has reported the matter to the Obarike-Ito police station, but is under pressure to withdraw the case for settlement out of the limelight.

When asked over the matter, the Benue state Police Public Relations Officer, ASP Moses Yamu said he was yet to get details but promised to return with more information.

Efforts to contact the lawmaker for his own side of the story proved abortive.