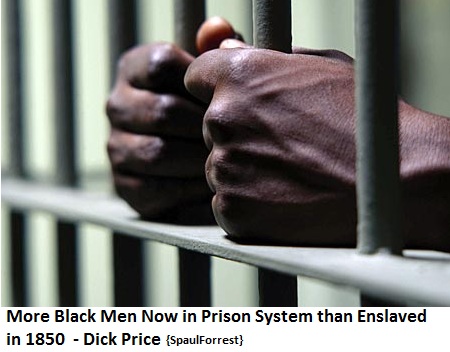 A black Philadelphia man was released from prison Thursday after serving more than 30 years behind bars for a 1984 murder he didn’t commit.

Curtis Crosland returned home to five children, his fiancée and 32 grandchildren after witnesses used to convict him recanted their statements.

‘It’s a great feeling to still be dad, to be wanted and desired, and open arms to receive you, that’s been the greatest part of being exonerated, that I come home to a loving family that wants and needs me,’ Crosland told CNN.

Crosland was convicted in 1991 for the 1984 robbery and murder of South Philadelphia storeowner Il Man Heo and sentenced to life in prison.

The conviction was based on the testimonies of two informants – Rodney Everett and Delores Tilghman – who lied about Crosland to get leniency in their own cases.

Everett was facing a parole violation when he agreed to provide information in multiple murder cases and pointed the finger at Crosland, according to court documents.

But he failed polygraph test and told his wife it was a different suspect, court documents says.

The other witness who put Crosland in prison was Tilghman, who gave a false statement in a different murder case.

In interviews with the Philadelphia Inquirer, they both said they felt coerced to say what the prosecutors and police wanted.

‘It was just very brutal. They threaten you. They will use your family and they will tell you what they will do to your family, taking your kids,’ Everett told the Philadelphia newspaper.

He said he testified at Crosland’s preliminary hearing but had repeatedly tried to recant.

‘When you tell the truth, they don’t care. They’ll accept the lies, but they won’t accept the truth,’ he told the Philadelphia Inquirer.

Everett and Tilgham’s statements were the only thing linking Crosland to the murder. There was no physical evidence linking that suggested Crosland killed Heo.

This was discovered during Philadelphia District Attorney’s Office Conviction Integrity Unit’s search of police files and court documents which the CIU argued was withheld from the defense.

Federal court Judge Anita B. Brody agreed this it violated the ‘Brady Rule,’ which requires all information to be turned over to the defense, in her three-page decision releasing Crosland.

The CIU contacted Heo’s son, Charles Heo, and his daughter, Song Heo, about the release.

CIU said in a press release that they expressed ‘gratitude’ that the CIU was continuing to seek justice for their father’s murder, which to both of them means respecting every citizen’s right to a fair trial.

‘Make us proud of the justice system by always questioning its integrity with respect to equity. I am deeply thankful for your hard work and continuing to do what is right,’ Charles Heo said in the CIU accountability report.

The CIU has now exonerated 22 wrongfully convicted people, including Crosland, since it was formed in 2018.