In continuation of Boko Haram, ISIS’ affiliate in Nigeria’s campaign of terror, two bombs have been reported to have exploded around Maiduguri, capital of war-torn Borno state in northeast Nigeria.

The first bomb in which the suicide bomber was reported to have died occurred near the State security services, DSS office, at Borno expressway and was allegedly a bomb being transported in a tricycle, Keke Napep. The bomb was reported around 7am.

NewsRescue exclusively pointed out when Boko Haram masterminds were arrested that it was under the new directive of the new DSS chief, Lawal Daura that the State security department was no longer cooperating with Boko Haram and for a first time masterminds were apprehended immediately. This is evidence of the compromise and deal the former DSS chief and currently retained army chief struck with Boko Haram.

The second bomb reportedly happened around NEPA opposite Adamawa Sunshine.

We are yet to have a count on deaths and injuries. 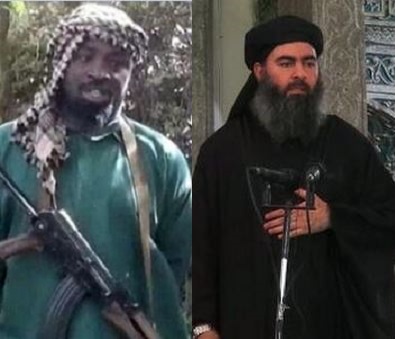 Boko Haram, a takfiri terrorist group that has killed over 100,000 Nigerians and displaced over 4 million has upped its bombing campaigns since the handover of power to the new administration that has promised to seriously deal with the group.

Several of the attacks targeting Mosques during the Muslim Ramadan fast have taken hundreds of lives and injured hundreds more.

Boko Haram terrorists have been found to be using unknowing samaritans and children to help deliver their bombs.

Sometimes they are paid but often Boko Haram loads bombs in wheel barrows for instance and covers it with vegetables then asks or pays an unsuspecting citizen to deliver it to the market. The bomb is detonated when the person reaches the midst of a crowd.

The public must not pick up any item they are unaware of regardless of how regular it looks.

Transporters including Keke Napep are advised to always check bags being carried by passengers and check to see if these are left behind after they alight.

The public are advised to circulate this information and refrain from obliging to strangers without thorough precaution taken.