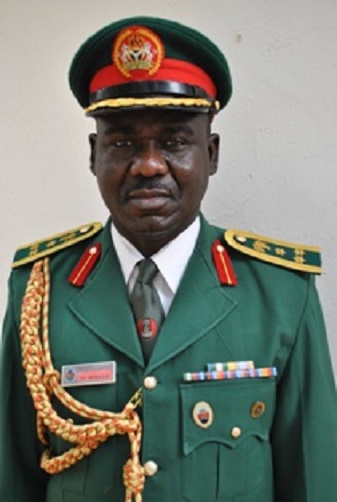 It Is Certainly The End Of The Road For Boko Haram

The recent escalation of senseless bombings in Maiduguri and now Yola which resulted to significant loss of human life is not a sign of strenght of the marauding terror barbarians. In contrast, it is actually a sign of panic, anger, and desperation by the terror barbarians and their fellow conspirators, whose days are certainly numbered.

1. First of all, their grandmaster GEJ has lost his job and has since been sent back to his village by the will of the vast majority of Nigerians. Consequently, the Haramites have ran out of money and supply of arms and ammunition. People in Borno have recently reported seeing them sneaking into towns breaking stores for food and general essentials.

2. Secondly, the emergence of PMB as the Commander in Chief of the Armed Forces is a significant game changer. Wiping the Haramites has become his highest diplomatic and national security agenda. His first foreign trip was to Niger and Chad Republics to mobilise regional support in the fight against the terrorist.

3. Thirdly, PMB has since ordered the Command and Control Centre of the war againts Boko Haram to be relocated to Maiduguri, and rightly so. This act demonstrates maturity, determination, and military strategy on the part of PMB. The mere presence of the Command and Control Centre in Maiduguri is enough to send shivers down the spines of the spineless barbarians. More soldiers are being sent to Maiduguri righ now. For the first time, Boko Haram are going to feel the real and full might of the Nigerian military. Sambisa forest is going to be combed inch by inch until the terrorists are flushed out and smoked to hell where they truly belong. The influx of more military personnel into Maiduguri will also serve as a morale booster to the local inhabitants. The ravaged economy of Maiduguri will definitely benefit.

4. Fourthly, the appointment of Major General Tukur Yusuf Buratai as the Commander of the Multi National Joint Task Force (MNJTF) for the war against Boko Haram is a strategic decision by PMB. This no-nonsence Army General hails from Buratai village of Biu LGA in Borno state. Evidence available to CUPS has shown that the best achievement of the war against Boko Haram were recorded when the military commanders are local natives. This is not a surprise at all.

5. Fifthly, everybody knows that some but not all of very senior military officers under GEJ administration have been co-conspirators in supporting Boko Haram with money, arms, ammunition, and logistics. Military helicopters crashing in Yola carrying millions of USA dollars, arms, and ammunition is still fresh in our minds. Now, these same senior military officers have been busted spectacularly by Amnesty International. This upons up an excellent window of opportunity for PMB to thoroughly investigate and flush out the corrupt bad apples in the Nigerian military. To this end, Boko Haram will never again have friends in the military.

Finally, we ask all Nigerians to remain calm, patient, and vigilant. Boko Haram are not winning. They are being systematically decimated by events. They will certainly be wiped out of the surface of this planet sooner rather than later. Be rest assured that this will be achieved even if it means PMB relocating the Presidency to Maiduguri. We are grateful to Almighty God. We are happy and proud to have voted in a new Commander in Chief, who is a ferocious fighter, and a winner against all odds.

May God save Nigeria and Nigerians. Amen.