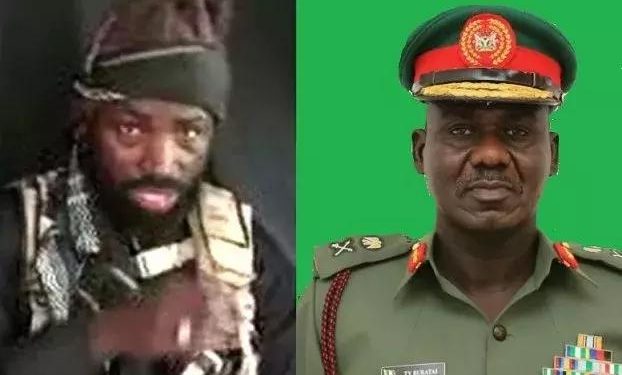 Governor Ayodele Fayose of Ekiti State, on Wednesday, accused the Nigerian military authorities of using the Boko Haram insurgency to enrich themselves.

According to Fayose, the United States’ “Country Report on Terrorism 2016” and the report by Transparency International, was a confirmation of his earlier position that the Federal Government lied to Nigerians that Boko Haram was technically defeated.

Governor Fayemi said with over 120 Nigerians killed by the Boko Haram insurgents in Borno State last month alone, it was necessary for the Federal Government to face the reality that it had a very long walk to victory in the fight against the insurgents.

In the statement by his special assistant on Public Communications and New Media, Mr Lere Olayinka, Governor Fayose said for the country to defeat Biko Haram, the Federal Government must desist from telling Nigerians lies.

According to him, “the first step towards defeating Boko Haram will be for the federal government to stop lying to Nigerians. The government must let the people know the situation on ground so that genuine assistance can be offered.”

Fayose said: “There should also be a periodic change in military personnel so that officers don’t become institutions to themselves.

“As revealed by the TI, fight against Boko Haram has become a cash cow for some top military officers and corrupt politicians in the Buhari’s government, with the creation of fake defence contracts and laundering the proceeds often laundered abroad in the UK, U.S. and elsewhere.

“The TI went further to state that the military is left without vital equipment, insufficiently trained, low in morale and under-resourced.

“The Federal Government must therefore address the widespread corruption in the fight against Boko Haram as revealed by the TI and also see to the welfare of the military personnel involved in the fight.”

Also in the statement, Fayose alleged that there was “a possible arranged release of some Chibok Girls by the Federal Government to divert attention of Nigerians and give the impression that it was making progress in the fight against the insurgents.”

I Will Try Again, By Abdulrazaq O ...