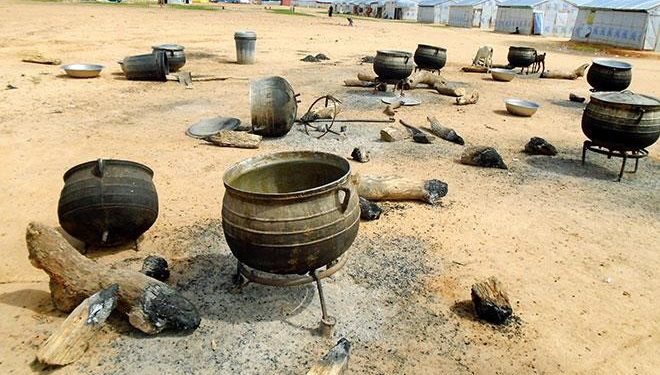 In June of last year, video was released that purported to show Borno state emergency management agency, SEMA staff repackaging bags of grain meant for IDPs in unbranded commercial bags. In the video agents were seen emptying the entire contents of the officially marked bags into equivalent sized unmarked bags (not resizing). The state denied the video with TV ads and the incident report was submerged.

In a report in June of last year, after about 10 trucks of food meant for the internally displaced persons, IDPs in Borno went ‘missing’, the deputy governor of the state reportedly said that state governor Shettima told him to sell the the 6000 bags of rice to buy diesel. It was a shocking admission on absurd and illegitimate, rather cruel grounds. 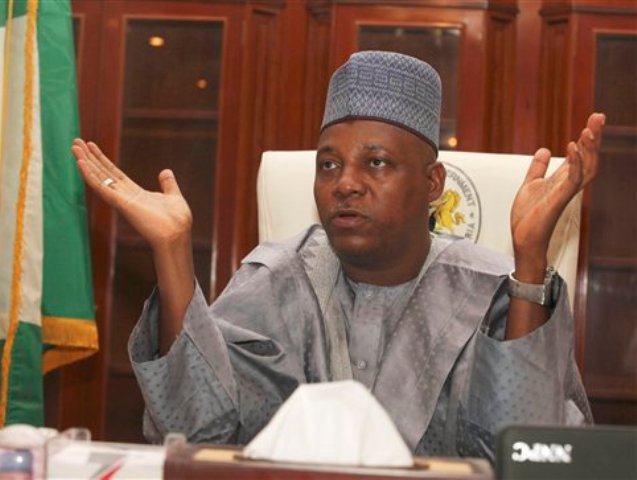 In September last year, 70 trucks of grains for internally displaced persons, IDPs in Nigeria’s Boko Haram plagued northeast were found to be ‘missing.‘

Of 40 trucks that arrived, there was further cruelty as the surviving commodities were again reportedly distributed not strictly to the IDPs but “relatives of distributors.”

Vanguard reported that “A member of the National Assembly, representing Madagali and Michika Federal constituency, Adama Kamale, expressed worry that the commodities went into the wrong hands.”

On paper, Buhari ordered a probe. It’s 2017, nothing has yet come out of that and IDPs keep dying of hunger.

There have been several cases like the above over the past years, too many to mention.

Jumping forward, Nigeria’s Senate discovered last month that the Nigerian Presidency was engaged in the misappropriation of  millions of dollars in funds meant for the re-development of the devastated northeast. In particular, the Secretary general of the Federation, Babachir Lawal was indicted in missapropriation of past and present administration PINE redevelopment funds. Scarce funds that could have if better diverted, provided food, shelter, warm clothing in the freezing winter to the displaced persons if not the rebuilding it is meant for, was rather diverted to private companies that still bear the SGF’s name on their website and that he remains signatory to the accounts of. It was tragic.

But more disheartening was that since the event was reported, the Buhari administration has shielded those implicated and refused to immediately suspend them and initiate their investigation by the designated corruption and crime agencies, the EFCC, ICPC and DSS. Rather the Attorney general of the federation was inappropriately tasked with the investigation of an “ordinary” appointed civilian.

While the Buhari administration continues to aggressively deny the level of daily deaths and famine risk of IDPs in Nigeria’s northeast, claiming the situation is not so dire in attempt the suppress the fund-raising efforts of the United Nations, the reality is that tens of Nigerians are dying daily and hundreds of thousands are at risk of death due to starvation and inadequate utilities, most especially vulnerable children. And while this is happening the Nigerian government continues to allow and be actively engaged in the looting or otherwise diversion of the scarce food and materials meant to save the survivors of Boko Haram.

An extensive investigative report by theCable, captioned, “UNDERCOVER INVESTIGATION: In Borno, children are dying at IDP camps, foodstuffs are ‘disappearing’ at SEMA store,” published last week painted a worrisome picture of the continued and continuous looting of food for IDPs by state officials.

As ENDS struggles to collect donations of sweaters and blankets to save the malnourished, famished, fat depleted displaced persons in the camps in the northeast, we cannot help but raise an alarm over the continued government-assisted extermination of the northeast populations by government-implicated and government-covered up stealing from IDPs’ scarce food and funds.

It is without question that numbers of IDPs died of starvation this new year’s first.

Happy new year to those who can be happy.