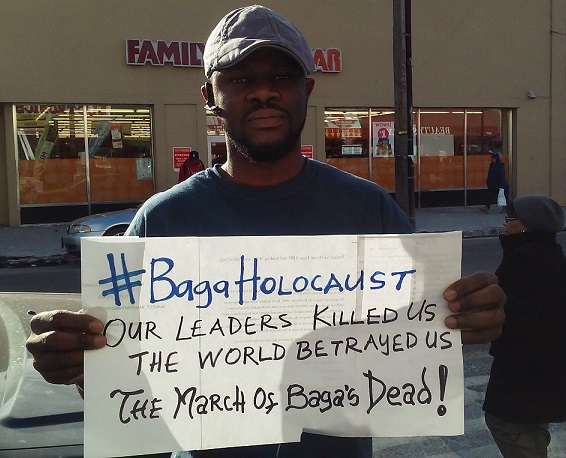 Following the reported deaths of 2,000 people in the West African country and the double suicide bombs carried out by a schoolgirl and other women, experts examine the issues behind the shocking cases of indiscriminate violence

AFTERMATH: The scene of the double suicide attack in Potiskum, Yobe state

GOING TO school can be a matter of life or death in certain parts of the world. Like the worried parents in regions of Afghanistan and Pakistan, families in Nigeria’s northeastern states are facing the terror of militants, justifying their actions under the banner of Islam, kidnapping and killing their children.

Caught in the crossfire are civilians and children, some of whom are being used as instruments of war.

The most recent atrocities Boko Haram is suspected of were an alleged 2,000 deaths in the town of Baga, in the northeastern state of Borno, described by Amnesty International as the group’s “deadliest massacre” to date.

Government soldiers apparently gave up counting the bodies of children, women and the elderly around January 3.
Last weekend (January 10 and 11), suicide bombs killed at least 14 and injured dozens.

What grabbed international attention was that the two separate blasts were allegedly carried out by a girl as young as ten years old, and two young women, whom witnesses described as in their early 20s.

“Boko Haram pretty much started using girls after April last year when they abducted the Chibok girls,” he told The Voice.

“The girls are pressured. They have men telling them, ‘If you don’t do it, I’m going to kill you.’

“In a lot of the north there is so much poverty that you can literally buy kids. Poverty has an important role to play… enabling a pool of people to be recruited for terror, but poverty is one of the less important reasons for [the emergence of] Boko Haram.”

Brimah apportioned a large amount of the blame for the chaos on the government of President Goodluck Jonathan, who is seeking re-election next month (Feb 14).

“You have a situation of chaos and there is some kind of sponsor – a tactical brain behind them that is investing heavily and has a certain goal. You have the person behind Boko Haram with an agenda and a government permitting a level of insecurity.”

That goal, Brimah argued, is the “gradual annihilation of the people of the region”.

He did not agree with the narrative that Boko Haram is truly seeking to create an Islamic caliphate, but claimed their motives are more worldly – resources and land.

“What is the value in that area, the land, the farming belt of Nigeria?” the civil society campaigner speculated. “There is uranium in Bono, there is oil that has been discovered. What I see is that somebody wants that land – to colonise and occupy. A lot of people don’t focus on this, but at the end of the day, they are exterminating local populations.”

Nigerian historian and author Max Siollun, whose books include Soldiers of Fortune: A History of Nigeria and Oil, Politics, and Violence: Nigeria’s Military Coup Culture, said “the jury is still out on what Boko Haram’s ultimate aim is”.

He said: “It’s a very fluid and evolving narrative. I would be circumspect over attributing any one theory as the ultimate aim of Boko Haram.

“Their message has evolved. They originally stated they want to create an Islamic state from a remote fishing village, then their grievances changed and it was, ‘We want revenge against the security forces who have killed our members and imprisoned our brothers, sisters, wives and children.’ And now it has turned into, ‘We want to create an Islamic caliphate across the whole of northern Nigeria and we are anti-establishment, against existing Islamic authorities in Nigeria.’”

The writer added: “During the first ten years of Boko Haram, this caliphate idea was never mentioned. It started after IS [Islamic State in Iraq and Syria] gained prominence and notoriety and when Boko Haram got lots of international publicity for kidnapping those schoolgirls last year.”

Boko Haram’s kidnapping of children and alleged use of girls as suicide bombers has drawn international condemnation – following the recent suicide blasts involving minors, the UN’s children agency UNICEF said: “Words alone can neither express our outrage nor ease the agony of all those suffering from the constant violence in northern Nigeria.”

Siollun claimed use of children is a useful “bargaining chip” for Boko Haram as it means “the military can’t attack them with the same ferocity as they did before, for fear of endangering the girls’ lives.”

“The narrative I’ve heard more often is that they marry off the girls as prizes to their fighters,” he added.

On the subject of religion, Siollun argued that it “is a symptom not the cause.”

He continued: “When you have a grievance, you can’t just get up and say, ‘I’m going to kill people for no reason,’ you need to find some sort of self-justification for what you’re doing.

“What you’re seeing is demographics, economic inequality, marginalisation and unemployment are coinciding in Nigeria to create a perfect storm of insecurity.”

The Voice Newspaper was founded in 1982 by Jamaican-born accountant, Val McCalla, who was awarded a grant from the Greater London Council to fund his business venture.

The Voice newspaper campaigned for young Black Britons who faced discrimination at the hands of the law during the 1980s and in the wake of the notorious Brixton riots. It secured huge circulation figures from its sought after and unrivalled job recruitment section.

Over its near three decade reign as ‘Britain’s Best Black Newspaper’, The Voice has served the black community by giving them a voice where other mainstream newspapers have failed. It has over the years been a thorn in the side of the establishment, campaigning on numerous issues and championing the causes of black people nationwide. The Voice is a winning mixture of news, features, sports and celebrity interviews.