According to an eyewitness, the four suspects were arrested by members of BYVG while patrolling and on the “stop and search” operations in Galtimari ward, close to the Giwa Barracks on Gombale Road.

Confirming the incident in Maiduguri, Chairman of the vigilante group, Abubakar Mallum, said: “We were able to arrest four suspects this (Friday) morning, including one of the sect’s top commanders.

“You can see that the commander has already been taken into this vehicle to the place where the arms and ammunition were hidden for operations by these terrorists.”

Mallum claimed that the arrested commander was close to the sect’s leader and would assist the youths to identify the location of hidden arms for retrieval before being handed over to the local commander of the military Joint Task Force    (JTF).

On the group’s modus operandi, he said unlike the JTF which operates with patrol vehicles and rifles, the volunteers rely on God’s protection and the prayers of people, saying they only use sticks, knives and cutlasses for the “stop and search” operations in Maiduguri.

He stated that the intervention of youths in hunting down Boko Haram sect members was to end their incessant attacks and killings of innocent people, including the youths’ parents, brothers, sisters and other top government officials, traditional and religious leaders in the state.

However, despite yesterday’s arrest in Maiduguri, suspected members of the sect attacked seven hill communities in Gwoza council of the state with Improvised Explosive Devices (IEDs) and petrol-bombs yesterday, torching many houses and carting away food items and livestock into caves in the hills.

Although the exact number of people killed and houses destroyed in the multiple attacks could not be ascertained, an anonymous community leader of Kunde, said 15 people were killed by the armed terrorists, when they overrun six other communities of Gathahure, Hwa’a, Tihezeh, Hrazah, Hembe and Gjigga on the Mandara Hills which stretches for 16 kilometres east of Gwoza, the council headquarters.

The six other communities ransacked by terrorists, he said, border the Republic of Cameroun, where some of the residents had fled with their wives and children.

In Maiduguri, Mallum further disclosed that 15 other suspects were also arrested and handed over to the local JTF commanders at Giwa Barracks for further investigation.

The arrests, which were made on Wednesday and Thursday, he added, were in four wards of Zajeri, Gwange I and II and Bulabulin, one of the black spots identified by the JTF in 2011.

There was no immediate confirmation from the JTF in Maiduguri on the group’s claims.

The Presidency and military authorities in Abuja and the JTF spokesman in Maiduguri, Lt. Col Sagir Musa, had last week commended the group for fighting the Boko Haram insurgency in the state. 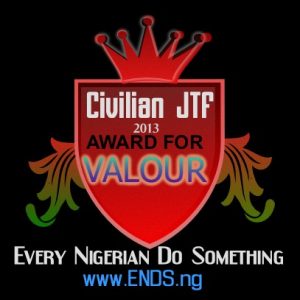 Confirming the Gworza council incident yesterday in Maiduguri, a top military officer of the Special Operations Forces (MISOF) at Barawa, a border village and foot hills settlement, said: “Some of the villages on Gwoza Hills cannot be accessed by our men because of the difficult terrain. Our men can only be stationed at this village for our operations with fighter jets that could bombard the hills with cannons to destroy the training camps and hideouts of Boko Haram sect members.”

He said the local reports they had been getting from the fleeing residents indicated that many houses and property, including livestock and grains had been looted by the rampaging terrorists.

The MISOF source, also told The Guardian that all the routes and roads leading to the mountain tops and hill settlements had been closed and are being patrolled and monitored to prevent suspects from fleeing the mountain tops of Mandara Hills which are under the surveillance of soldiers for 24 hours.

Meanwhile, the state governor, Kashim Shettima has appealed to fleeing members of the Borno Elders Forum (BOEF) to return, despite the ongoing security challenges in rebuilding the state.

Shettima made the call yesterday in Maiduguri while distributing relief materials donated by the Borno Elders Forum for Boko Haram victims in Maiduguri metropolis.

According to him, the fleeing elders must return home to assist government chart a new course for the rapid development of the state.

His words: “We know that some of the elders have remained in Maiduguri inspite of the numerous happenings. But some others could not withstand the pressures of the insurgency and they left along with members of their families to Abuja, the Federal Capital Territory.