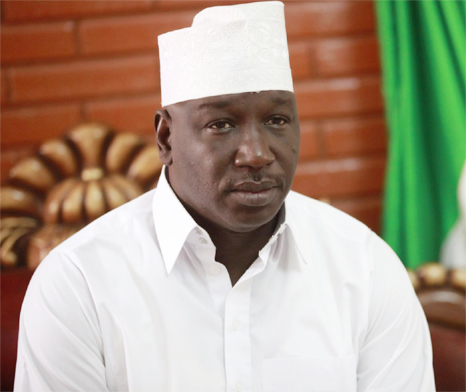 Our grief for the loss of Alhaji Zannah Umar Mustapha is so deep that
it breaks our hearts.

In his courage, his perseverance, his self-sacrifice, his
righteousness, his unflagging hopes for Borno, his commitment to his
principles, his enormous graciousness, his belief in peace, and his
ability to rise above bitterness when he had every good reason to
indulge it, he was a hero to the entire people of Borno State, and
Nigeria at large.

We believed that “with his death Borno had lost a great leader, whose
steadfast and unflinching determination played a key role in the
continuation of securing peace in Borno.

Under his leadership as Borno State deputy governor, Borno was
transformed through peaceful means.”

Borno State students would personally miss a father “He was a man of
courage, principle and unquestionable integrity, a great human being,
someone of whom we can truly say, “He lived a meaningful life.”

Although Late Zanna Umar Mustapha had physically departed, but his
spirit would go on.

The best tribute we could pay to him
would be to do whatever we can to contribute to honouring the oneness
of humanity and working in other to ensure that total peace is been
restored in Borno State and Nigeria at large as he did.

He was an amazing man, an extraordinary heroic figure and also a man
with a sense of forgiveness which I think is the lesson that we’ll
need to learn and try to live by.

May his gentle soul keep own resting in perfect peace.

May Aljannatul Firdaus be his final abode, Ameen.