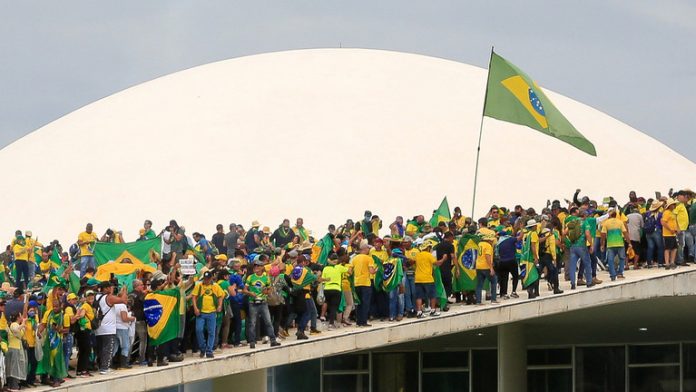 Riots of this magnitude, which saw thousands of protesters storm Congress, the Supreme Court, and the presidential Planalto Palace on Sunday, “could only occur with the approval and even effective participation of the competent authorities,” the judge explained in explaining his decision.

He noted that major protests by Bolsonaro supporters dissatisfied with his defeat in the November election to leftist opponent Luiz Inacio Lula da Silva were well-known and widely reported in the media.

According to the judge, Ibaneis “not only made public statements defending a false ‘free political demonstration in Brasilia,’ but he also ignored all official appeals to carry out a security plan.”

The rioters’ actions were “despicable,” Moraes said, promising that those who planned and participated in the events would face consequences.

“Terrorist criminals will not shake, much less destroy, Brazilian democracy,” the judge insisted.

Moraes ordered that camps set up outside military bases by pro-Bolsonaro protesters be removed within 24 hours, as well as that the accounts of users spreading incendiary content be blocked on Facebook, Twitter, and TikTok.

On Sunday, police detained at least 400 people while attempting to restore order in the capital. Brazilian President Lula da Silva has declared a state of emergency in Brasilia, which will last until the end of the month. Flavio Dino, the Justice Minister, described the chaos in Brasilia as an attempted “coup” and promised more arrests.

Governor Ibaneis released a video late Sunday apologizing for the situation that occurred under his watch, calling the protesters “true vandals” and “terrorists.”

“We never imagined these demonstrations would grow to the size they did,” he claimed.