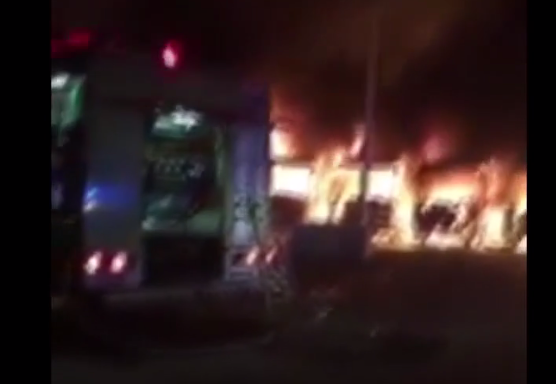 Reports emerged on Monday that the Saudi Binladin Group, one of the kingdom’s most powerful firms, has sacked 77,000 foreign workers. See.

This would be out of about 200,000 expatriates employed by the group, the second largest construction company in the kingdom.

Disgruntled workers had set 7 company buses on fire as we reported last week.

The sack comes after the Bin Ladin group did not pay worker salaries for five months as it holds on to income in the midst of dwindling economic forecasts for Saudi Arabia since it engaged in an oil war against Iran and Russia by tanking global oil prices.

The Saudi government had suspended the company from taking on further contracts last year September after a deadly crane collapse in the city of Mecca that killed 107 people.