A group of soldiers in north-eastern Nigeria is refusing to fight Islamist Boko Haram militants until they receive better equipment, one of the mutineers has told the BBC. 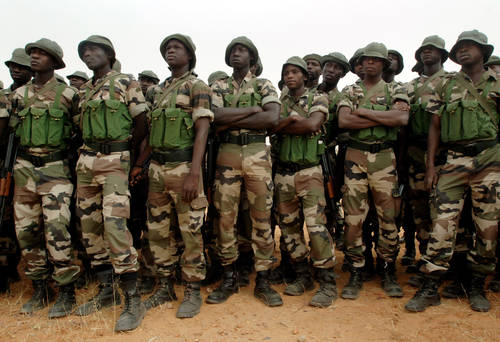 The soldier, who requested anonymity, said at least 40 of his colleagues would refuse orders to deploy.

The military has not commented on the reported mutiny or the demands.

A state of emergency that was declared in three north-eastern states last year has failed to curb the insurgency.

Boko Haram is fighting to create an Islamic state in Nigeria – and has stepped up its attacks after being pushed out of its bases in Maiduguri, the capital of Borno state, targeting towns and villages in deadly raids.

“Soldiers are dying like fowl,” the soldier, who said he and his colleagues were just outside Maiduguri, told the BBC Hausa service.

“The Nigerian army is not ready to fight Boko Haram,” he said, explaining that soldiers were not being given enough weapons and ammunition to take them on.

“Boko Haram are inside the bush, everywhere,” he said “They [senior commanders] are sacrificing soldiers,” he said. 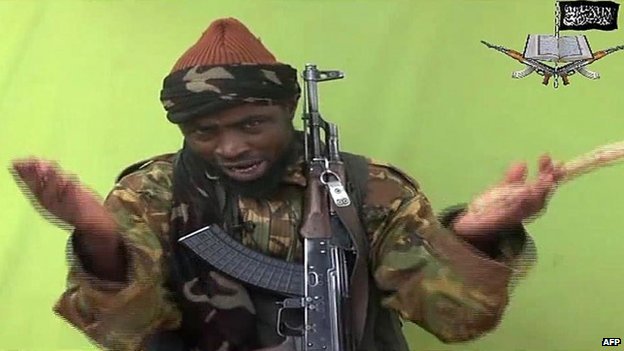 Even the vehicles the soldiers were expected to use were old armoured cars that were not up to the job, he added.

A general in the army, who asked not to be named, told the BBC that he was unable to confirm the mutiny, but said “cowardice” was not uncommon in times of war – and any mutineers would be punished.

When the solder was asked if he feared being court-martialled for taking part in the mutiny, he said that a soldier could only be taken to task for refusing to go to war.

“I joined the army to defend my country”, but you cannot defend it without being equipped to do so, he said.

In April, Boko Haram caused global outrage by abducting more than 200 girls from a boarding school in the remote town of Chibok in Borno state.

The group has also carried out a wave of bombings and assassinations, including that of moderate Muslim leaders opposed to its ideology.