Hours after brave civilian vigilante forces delivered the best recent news; of liberation of northeastern cities, to the entire world, in an utter show of terrorism and dangerous treachery, the Nigerian police have been instructed by the Jonathan government to “screen” the vigilante groups.

Rather than receive support from this administration, the brave vigilantes who are being globally celebrated for their triumphant action in the recovery of occupied territories where Nigerians were suffering under Boko Haram rule; a feat the Nigerian army could not, are to be persecuted?

“The Inspector General of Police, Suleiman Abba, on Thursday, directed all commissioners of police to ensure the adequate screening of vigilante groups across Nigeria.

A statement by the police spokesperson, Emmanuel Ojukwu, said this was aimed at ensuring that the groups abide by relevant regulations and avoid any form of abuse.

He noted that Mr. Abba instructed that an officer be appointed in all the police state commands in Nigeria to oversee the activities of the vigilante groups and deliver regular reports on them.

The directive comes about 24 hours after over 70 Boko Haram members were killed by some local hunters in Maiha Local Government area of Adamawa State.

Maiha fell into the hands of Boko Haram insurgents after a fierce battle with the Nigerian troops on Monday.

However, the local hunters ambushed the insurgents and killed them in their dozens.” End quote. 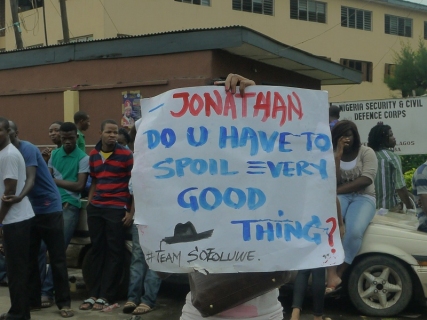 The corrupt and billions of dollars bloated Jonathan government and police who are yet to protect life in the northeast or any other part of Nigeria and who have not policed the territories lost to Boko Haram, but are mischievously desperate enough to rush out to decree that they will witch-hunt the Ibn Fadlallah civilian forces who have been liberating cities in the northeast including the hometown of the nation’s chief of defense, Alex Badeh, is a clear evidence that the Jonathan government is set on frustrating life in the north and protecting and promoting Boko Haram.

This action is a clear and further indisputable indication that Jonathan is a sponsor of Boko Haram. The sudden rush to persecute the brave vigilantes is in-your-face, evidence of the Jonathan government’s desperate and bold desire to obstruct and destroy the nation.

Barely had the armed civilian resistance forces scored these amazing victories and liberated the people, also capturing and handing over Boko Haram’s “Emir” installed in Mubi to the Nigerian security department, did Jonathan hurry to order the police to attempt to harass these brave and selfless warriors to “follow protocol.” What protocol? Is that the protocol that Dokubo follows? Is that the protocol that Tompolo follows? 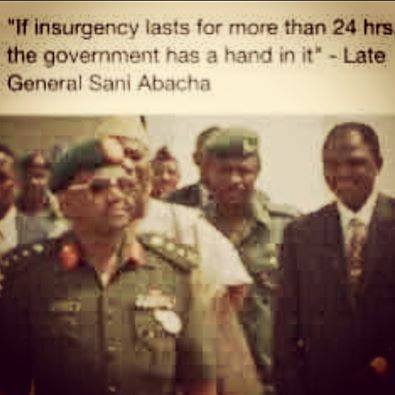 And what is this government doing with the records of abuse of the Nigerian army that suddenly they see an urgency to find “abuse” by the great patriotic legions battling Boko Haram?  What happened in Kaduna with the Islamic movement and massacre of three sons of a peaceful Nigerian elite leader? What happened to the abuses reported by the world Human right organizations? What happened to the BRT buses abuse in Lagos? What happened to the newspaper stand abuses of the army? Jonathan does not see all those, but what he sees is an urgency to find abuse in these great mission so he can bribe the leadership and cut them down as has been done to the Civilian-JTF in Borno after they likewise destroyed Boko Haram and almost ended their existence earlier on last year?

Nigerians stand firmly behind the Ibn Fadlallah civilian forces and all aligned vigilante groups. We in very strong terms, warn this deadly government and all their instruments, that anyone who harasses the brave youth defending the nation and doing what the sabotaged army fails to do will be a declared enemy of all Nigerians and will come under the full wrath of the people and international courts as well as the legions who have risen in the north never to abandon their people to a greed-drunken, clueless fate, ever again.