We Condemn The Unwarranted Attack On Muslim Brothers In Zaria

Friday 25-07-14 is a sad day, akin to a black Friday, in which some security agents of the federal republic of Nigeria, soldiers by the khaki they wore, gunned down, as at the time of writing this press release, 10 Innocent fasting Muslim brothers, who were peacefully voicing their discontent with the unfortunate massacre of Palestinians by Israel.

Zaria residents are a witness to the peaceful nature of the procession which took off from Sabon Gari Jumaat mosque up to its termination point at Kofar Doka, Zaria City. Nobody was molested let alone his property. In fact the leader of the procession was delivering his speech, when some soldiers attacked the participants of the procession who were at PZ Junction in Zaria.

In the ensuing melee, 10 people were killed by the soldiers, 40 were shot and now receiving treatment. And among the killed is a Muslim Sister together with her child on her back and the son of Sheikh Zakzaky, Mahmud Ibraheem Zakzaky. Also among those shot by the soldiers are two Muslim sisters.

Not only that, the soldiers went away with 3 children of Sheikh Zakzaky, namely Ahmad, Hameed and Ali. As of now their whereabouts is still unknown.

We vehemently condemn this vicious atrocity committed by the soldiers on us. Why should we be attacked? Who did we provoke during the peaceful procession? Who authorized this attack? Who participated in the attack among the soldiers? These are some of the questions the security operatives in the state need to answer us and the public.

Also we demand the unconditional release of Sheikh Zakzaky’s children in soldiers’ custody and other Muslim brothers they might be holding. And should anything happen to them, we will hold the authorities responsible!

This is not the first peaceful procession carried out by Muslim brothers in Zaria. In fact due to its peaceful nature residents in Zaria don’t consider it as an unusual event that calls for caution.

Another proof of the peaceful nature of the procession is the fact that it was staged today in Kaduna, Kano, Sokoto, Katsina, Potiskum, Jos, Bauchi, Gombe, and many other towns in Northern Nigeria and all ended peacefully. So why should the one in Zaria be an exception? The authorities should explain. 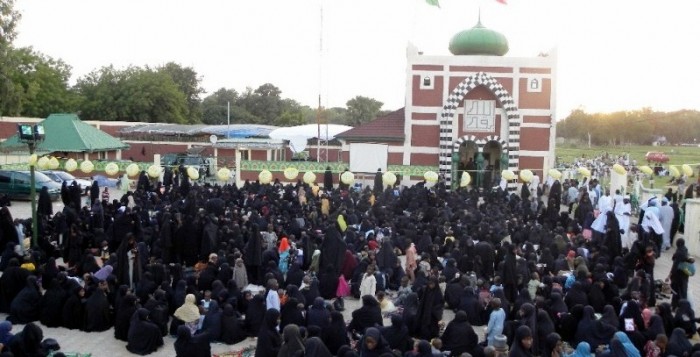 The casualty figures might increase, God willing we will keep the public informed of the Transgressor in Nigeria.