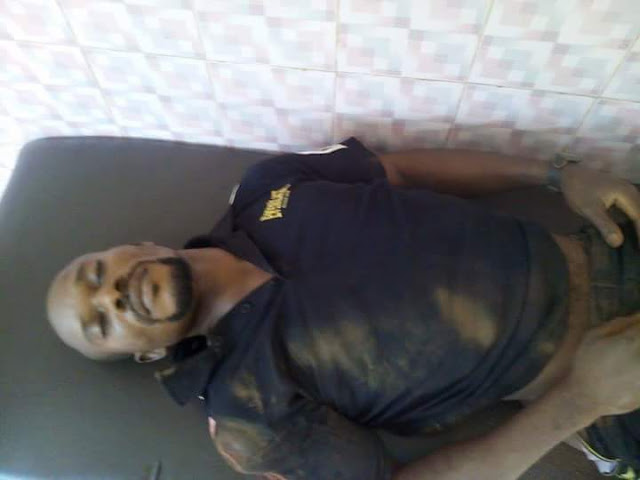 ONITSHA – In what looked like an attempt to set the records straight about the much publicized killings of members of the Indigenous People Of Biafra, IPOB, at Nkpor in Anambra state on May 30, 2016 during the remembrance ceremony of

He said it was not only regrettable that such a number of Biafra agitators were massacred but also sad that the impression held in some quarters that he was responsible for the massacre could not be substantiated.

The governor who spoke when he received the members of Biafran War Veterans led by Gen. Joe Achuzie (Air raid) at Governor’s Lodge, Amawbia, who paid him a condolence visit over the death of his mother, Mrs. Christiana Obiano (Adinije), said that he could not have ordered the killing of those who voted for him in 2013 election.

Obiano stated that he has a mentality that guides him in issues of conviction which made him against all opinions and vehemence from federal authorities to still go ahead to bury those that died during the civil war, less than a year into the life span of his administration.

“Abuja was against my plan to bury the victims of Biafran war, there was a lot of opposition to it from security agencies but I went on to bury our dead war heroes. As a young boy during the war, I knew what happened. I saw many dead bodies and I know the importance of according proper burial to the departed even more so those that departed in the painful and regrettable way as they did”.

“So, I had to embrace all odds to bury them in an elaborate ceremony on the 12th of January 2015, less that one year into my administration. How then will I contemplate killing their off springs for the same reason of Biafra. I didn’t do that, I’m innocent of the name calling”.

Gov. Willie Obiano further said that the report the security agencies made available to him on the incident showed that nobody was killed but that when he visited the hospitals; Menax hospital and St. Charles Borromeo hospital all in Onitsha, among others to see the victims and to provide succor to them, that he was told at the hospitals that people were killed and that some of those killed and the injured were taken out of the state to neighbouring states as very many of them came from outside Anambra state”.

The governor said that he volunteered to pay the hospital bills of the victims but some of them refused his offer. He said that he is profoundly sorry for what had happened and affirmed that he has since then been battling to ensure that such doesn’t happen again in Anambra state.

He said the impassable federal roads in the southeast, the issue of 2nd Niger Bridge and general lack of federal presence as viewed by the youths of Igboland made the longing for Biafra a recurring decimal.

The governor said that he has directed that history about Biafra should be taught in schools in the state: “Our children need to know what happened. There are about four or more very good books on Biafra. It is important that our children are told of what happened and I have directed that Biafran history be taught in our schools in Anambra state”.

He told the Biafran Ex-servicemen that he appointed a liaison officer for the Biafran war veterans in order to ensure that issues affecting them and by extension pro-Biafra groups are better handled and that he is the only one that created such office.

He disclosed that he had to struggle to get them out of Anambra state and southeast because their presence was a psychological trauma to Ndigbo. He further appealed to members and the leadership of the Indigenous People of Biafra, IPOB and other pro-Biafra groups to maintain decorum, reminding them the maxim that says: “talk is cheap but war is expensive”.

Responding, the leader of the Biafran war veterans, Gen. Joe Achuzie said that Gov. Willie Obiano was innocent of the accusations as nothing before, during and after the incident suggested that the governor was culpable.

Achuzie who spoke extensively on the build up to the protest that led to the killings whose information he said he was privy to, recalled how he had spoken with the then Anambra State Commissioner of Police to request that they allow the agitators to stage a peaceful protest but noted that on the said day, the army who were not in the picture suddenly appeared and became trigger-happy in killing citizens they were meant to protect.

“Sadly enough, after attacking the IPOB peaceful protesters, a false report was forwarded to the state governor that nobody was killed, adding, let me assure you that giving the spread of the victims that he will also make a formal presentation to the Southeast Governors’ Forum for a concerted effort in assisting the victims in what will take the shape of “victim support” to cater for the families of those killed and injured..

He urged the people not to be misled by the callous and malicious insinuations that the Governor has a hand in the shooting but to rather face the federal authorities that authorized the killings.

General Achuzie who is the leader of Council of Elders of the Indigenous People Of Biafra pointed out that Governor Obiano has shown genuine commitment towards the people’s struggle by undertaking the burial of all Biafran soldiers that died during the Nigerian Civil, noting that such a man cannot carry out such despicable action against his own people as was erroneously held by some Biafrans.

He commended the governor for reaching out to the families of the victims and appealed to him to see to the up keep of those whose loved ones were killed and those who are still undergoing treatment.

Earlier, Gov. Obiano’s Liaison Officer to the Biafran War Veterans, Comrade Arinzechukwu Awogu had said that the rumor of “shoot at sight” was first muted by the opposition elements in the state and giving the level of bitterness pervading the air over the killings, some persons bought into it without a second thought and the erroneous impression began to grow wings.

Affirming that it was opposition parties ploy to cause disaffection between the governor and his own people and enjoined pro-Biafra agitators to jettison such impression as it is not true, he contended that Gov. Willie Obiano is also a Biafran.