According to Idris Ahmed, a UK-based Nigerian man from Mubi, DSS allegedly arrested a serving policeman for exposing the whereabout of a wanted Boko Haram member.Below is what he wrote…

‘BOMBSHELL! – THE DSS ARRESTED ME FOR EXPOSING BOKO HARAM COMMANDER NUMBER 245 IN THE MILITARY WANTED LIST!

Below is a personal statement, written in Hausa language, by the patriot and human rights activist Datty Assalafiy, who is currently under arrest by the DSS, for exposing the whereabouts of wanted Boko Haram terrorist number 245 on the military wanted list! This is mind boggling’

See the remaining parts of the statement on the screenshots below 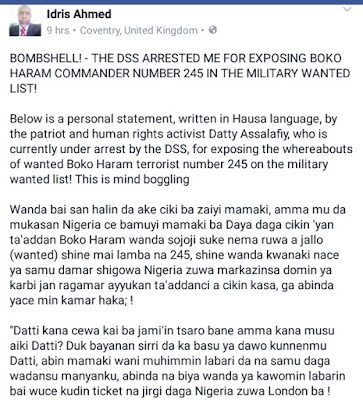 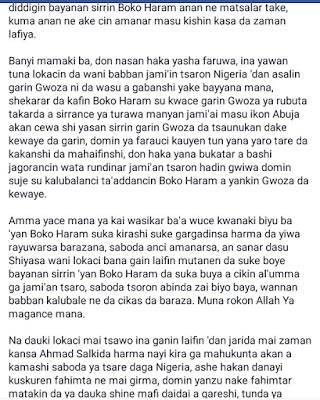 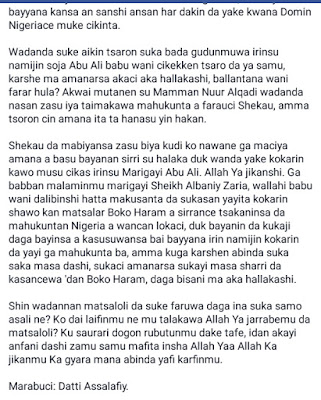 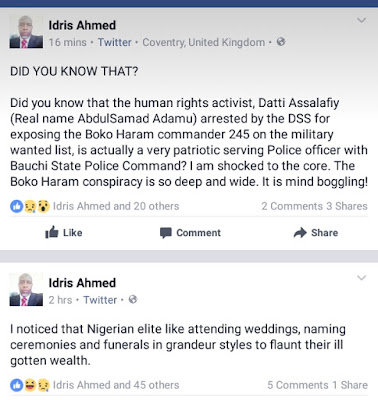 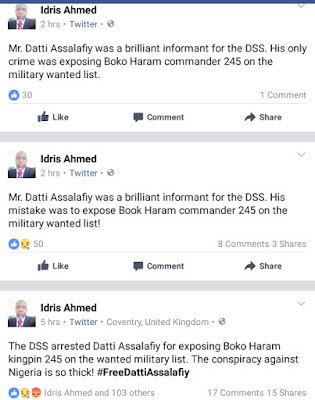