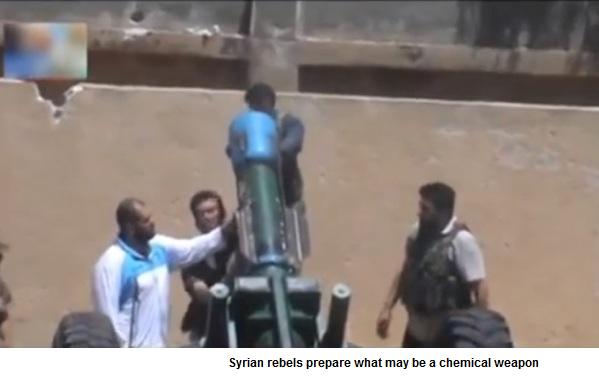 A chemical attack may be launched on Israel by Syrian rebels from government-controlled territories as a “major provocation,” multiple sources told RT.

The report comes as Russian Foreign Minister Sergey Lavrov proposed that Syria puts its chemical weapons arsenal under international control for subsequent destruction in order to prevent a possible military strike against the war-torn country.

Moscow also urged Syrian authorities to join the Organization for the Prohibition of Chemical Weapons. The offer has already been passed over to Syrian Foreign Minister Walid al-Muallem, who met Lavrov in Moscow for talks on Monday.

“We don’t know if Syria will accept the offer, but if imposing international control over chemical weapons stored in the country can help to avoid military strikes, we are immediately going to start working with Damascus,” Lavrov said.

The Syrian Foreign Ministry has welcomed Moscow’s initiative, “based on the Syrian’s government care about the lives of our people and security of our country,” Muallem said later on Monday.

Meanwhile, US National Security Adviser Susan Rice made a statement saying that Damascus’ alleged “use of chemical weapons against its own people” posed a threat to US national security. “The use of chemical weapons also directly threatens our closest ally in the region, Israel,” she said, speaking at the New America Foundation in Washington.

“The use of chemical weapons also directly threatens our closest ally in the region, Israel.” —@AmbassadorRice on #Syria

The statement was made shortly after RT published a report about the possibility of a chemical provocation.

NewsRescue– We have published earlier about an AP, BBC reporter who revealed that Syrian rebels allegedly confessed to having been responsible for the deadly August 21st chemical weapons attacks; utilizing chemical supplied by Saudi Arabia.

Today, a Belgian kidnapped by the rebels also revealed on video, that he overheard the rebels saying that Syrian president, Assad was not responsible for the chemical attack.

Apparently Grandmaster Putin’s offer for Syria to seal its chemical weapons under international eyes, was not only a checkmate that also helped US president Obama to save face with a ‘soft-landing,’ but also a strategy to insulate Syria from upcoming false accusations.