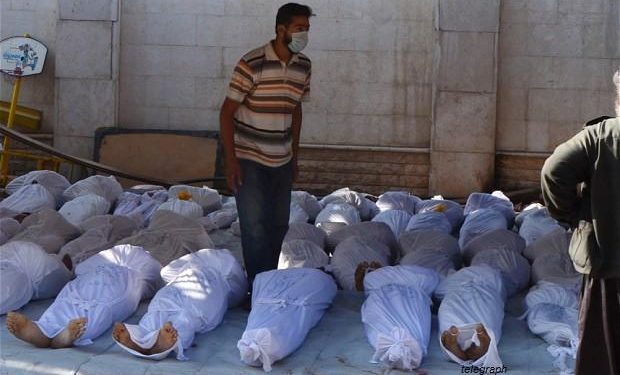 United Nations Human Rights Council (HRC) has confirmed that the videos purporting to show the victims of a chemical attack near the Syrian capital, Damascus, are “fake,” Russia says.

This analysis by liveleak 5 days ago poses a similar view:

Lies and Truth: ‘63 policemen were actually ...