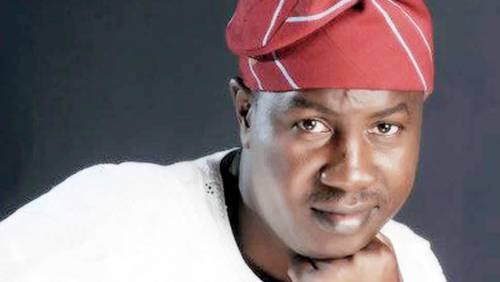 Update: Gbadamosi regained his freedom Thursday 1pm after our protests

While Nigerians are still speculating the actual reason behind the sudden appreciation of the Naira over major International currencies since February 20, 2017 and Central Bank of Nigeria (CBN) sudden change of policy, Mr Babatunde Gbadamosi, a Lagos Businessman and former governorship candidate, who exposed in details the monumental organized foreign currency fraud by the Buhari government and officials of CBN was arrested and still detained by the Department of Security Services (DSS) since February 22, 2017.

In a social media video which went viral, Mr Gbadamosi frowned at the shabby practices where those that genuinely need foreign currencies for Business are not provided with any, while the President’s allies and the cronies of CBN big-wigs are receiving them at ridiculous low rates of N3/$1.

Every effort to secure Mr Gbadamosi’s release has proved abortive. The DSS has ensured that no one visits or see the incarcerated voice of the Nigerian opposition in the secret detention center he was dumped six days ago and sources close to Hope For Nigeria within the secret police headquarters in Abuja are claiming that Gbadamosi was accused of blackmailing the Central Bank of Nigeria and the Government by releasing this classified information about forex sales.

Regrettably, while Mr Babatunde Gbadamosi is languishing in DSS secret detention center for saving Nigeria from the forex mafia, Nigerians are giving the glory to the acting President Osibanjo who raised no finger in the new development where the CBN suspended forex sales to cronies and allies of President Buhari and sudden revert to the policies of the former President Goodluck Jonathan, where the Naira is protected with our external reserve.

Re-echoing the concern of Nigerians including that of the former CBN governor and the Emir of Kano, Sanusi Lamido who revealed the operation of over 20 different foreign exchange rates by the CBN and some Nigerians making billions of Naira daily from their gardens trading dollar they bought at an alarming low rates, Mr Gbadamosi demanded that these sharp practices should stop in other for the country to survive the self-induced recession.

Gbadamosi quoting various media sources in the video stated that the CBN was selling forex to some close allies of President Muhammadu Buhari for as low as N3 to $1 through what is called Bills of Collection. People were given Dollars with cold claims that their Form M was filled and submitted like 35 years ago but forex was not released. They cartel only has to claim that they made their importation in 1985 but forex was not released to you despite submitting duly completed Form M.

With all documents perfected, the forex will then be released at the prevailing rate in 1985. They will get $3 million at N5/ $1 and selling to end users at say N480/ $1. The said customer will be making about N1.425billion in one transaction. 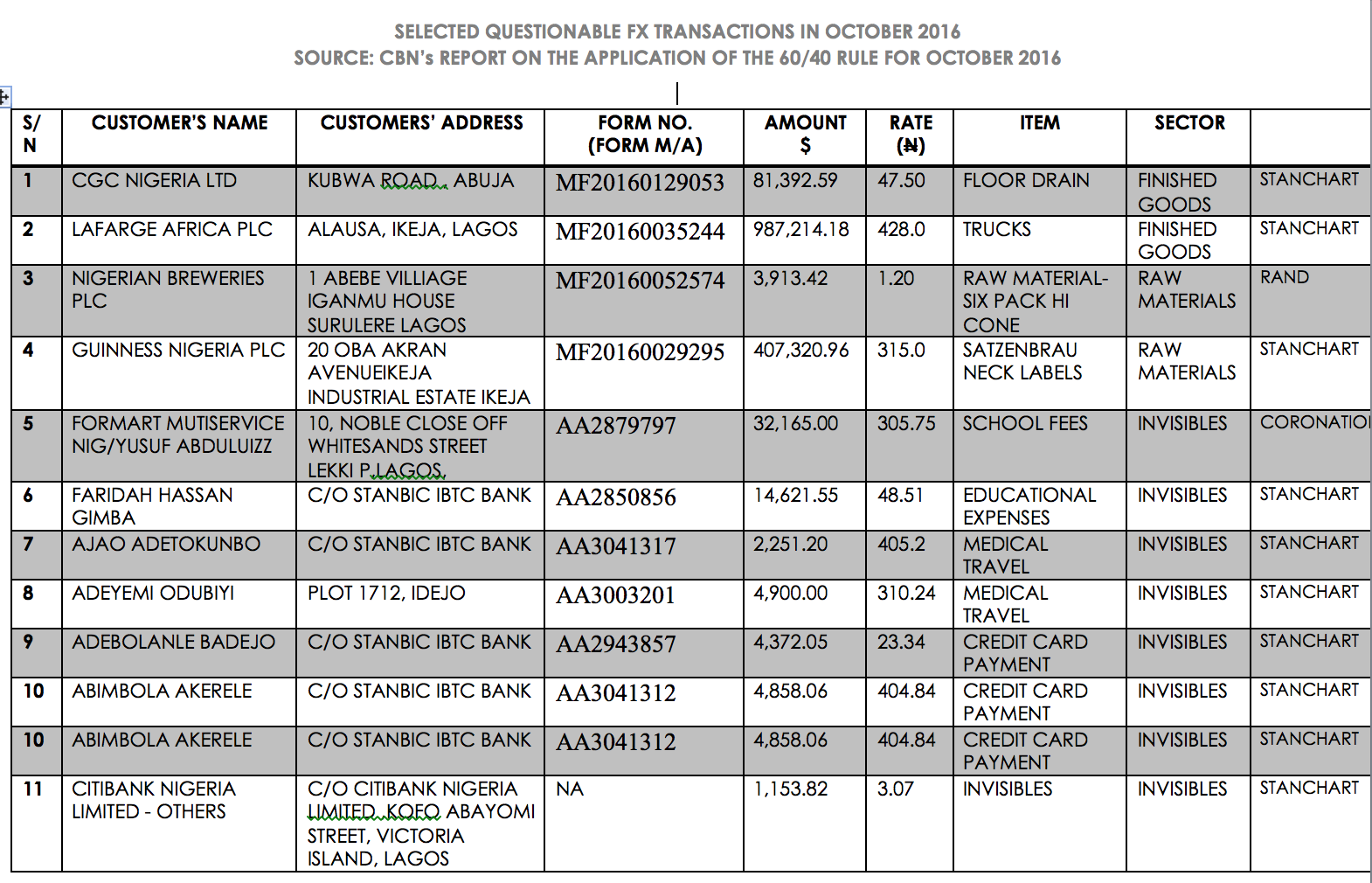 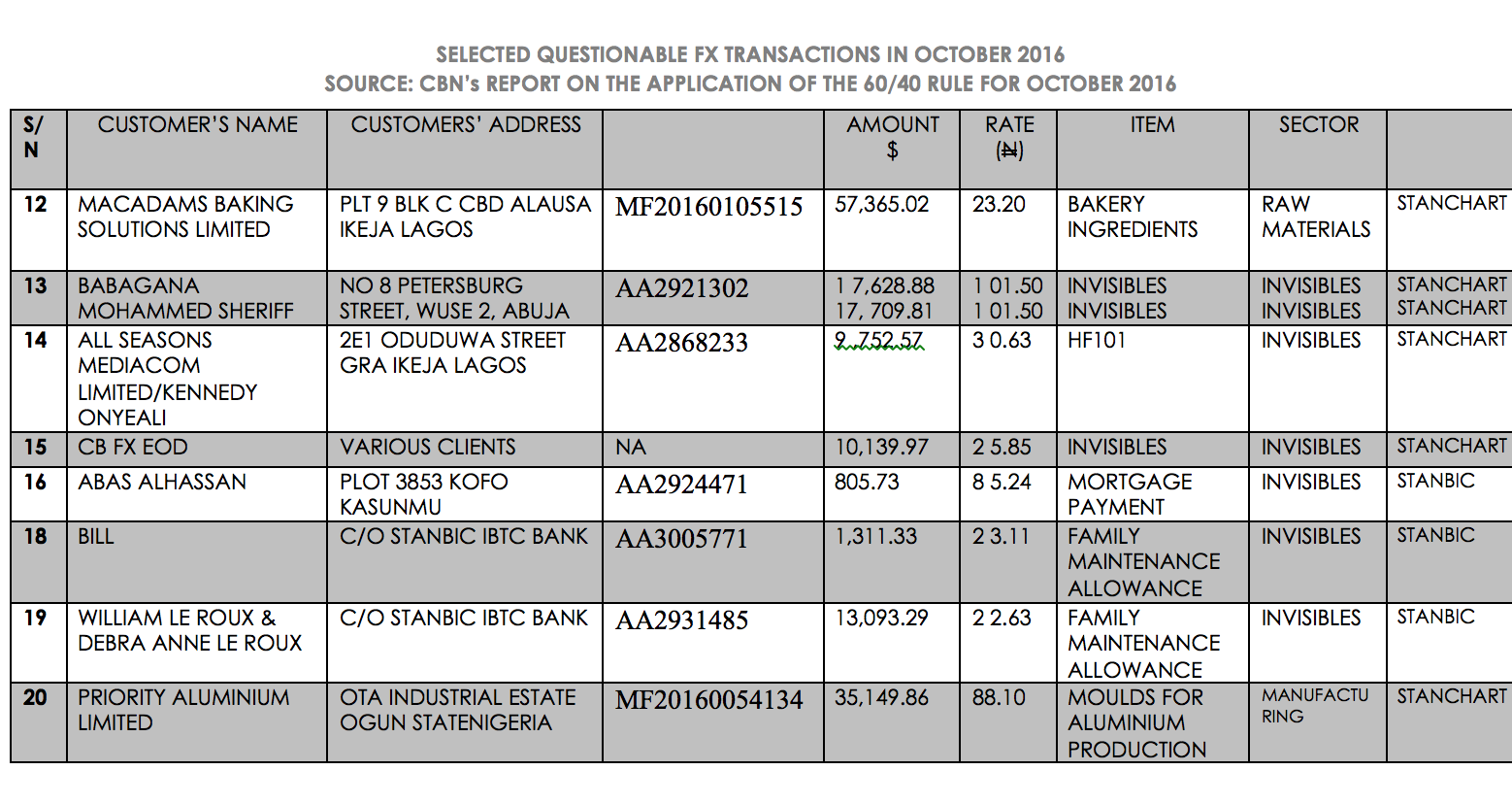 In contrast, there was a company, who purchased $1,462,480.83 at the rate of N425 to $1. The document shows that individuals and companies got foreign exchange for purposes ranging from importation, PTA, school fees, “invisible”, family maintenance allowances, mortgage payments and medical travel among others.

This video leads the Attorney General of the Federation and Minister of Justice, Mr. Abubakar Malami (SAN), to query the CBN Governor, Mr. Godwin Emefiele, demanding “prompt response” to the allegations of corruption in the CBN’s foreign exchange allocation and transactions. Multiple Petitions against the CBN indicated how some companies and individuals got a foreign exchange in US dollars at the rates as low as low as N0.61 to $1 while others got it in rates that were as high as N470 to $1.

Malami, in the letter, dated February 6, 2017, and with reference number, HAGF/CBN/2017/VOL.1/1, asked Emefiele to respond to the allegations “to enable us to advise the Presidency and take appropriate measures.” Titled ‘allegations of racketeering in the Central Bank of Nigeria; disparity in allocation of foreign exchange’, and addressed to Emefiele, the letter was delivered to the CBN governor’s office on Monday.

The allegations in the attorney general’s letter to Emefiele includes:-

The DSS has not charged Mr. Gbadamosi after six days of arrest and they denied him medical attention, family visits and rejected the request for his lawyers to see him or be informed of the reason for his arrest.

It is shocking to note that Nigerians are enjoying the appreciation of the Naira over major currencies and praising the CBN and the government that oversees the foreign currency fraud that almost crippled the Nigerian economy while the man who sacrificed neck for us, is under chain and locked up in secret detention center. Source: Nigerianewspapers. 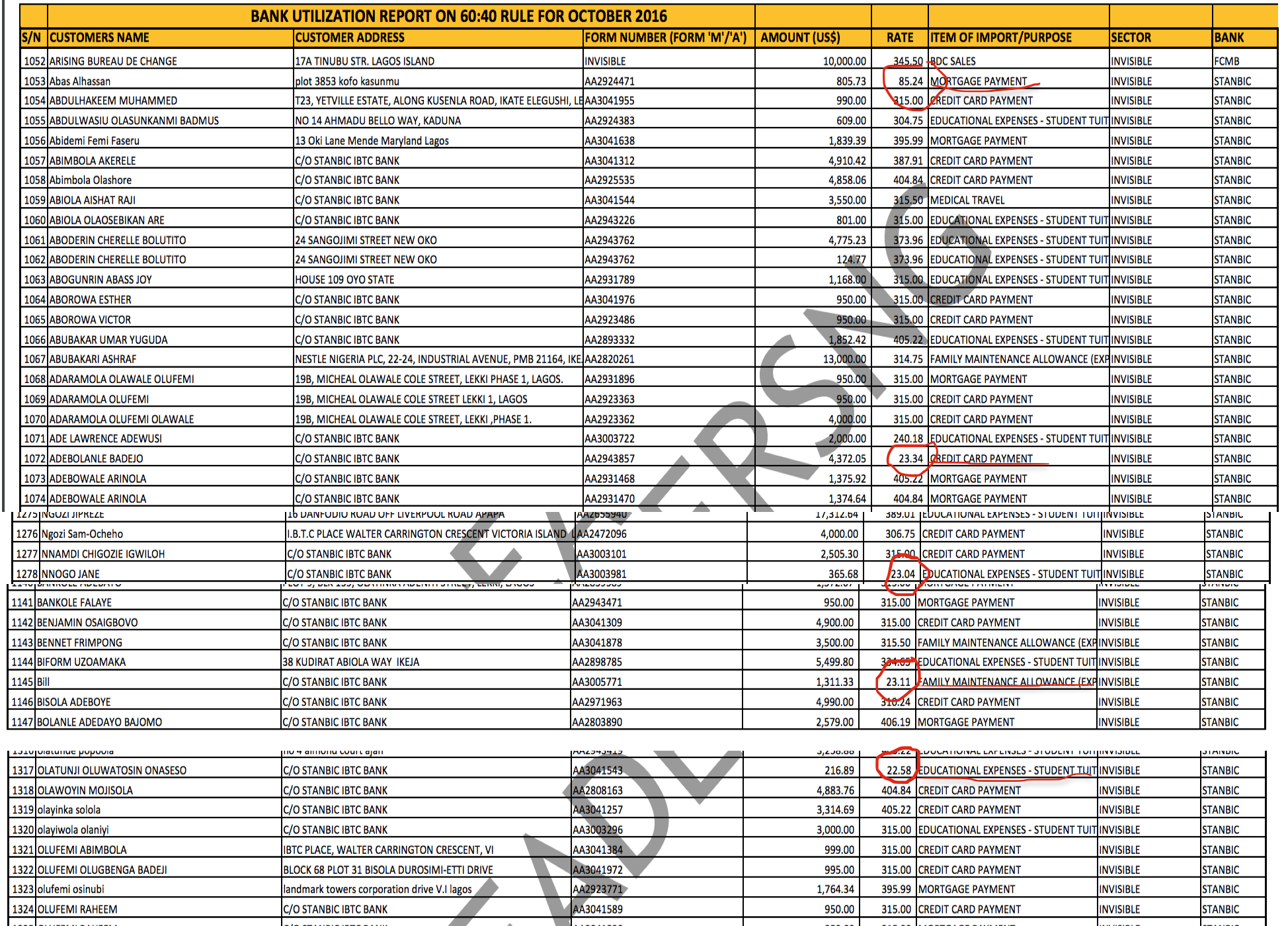