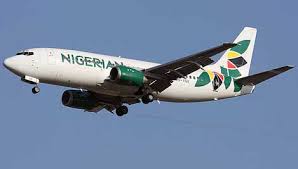 The Nigerian airline industry has been going through some major turbulences recently.

The subsequent grounding of Dana Air, Chanchangi and IRSL airlines has caused a shortage of commercial airlines in Nigeria. By late August this year, there were about eight carriers operating schedule services within the country. The Associated Airlines accident propelled an irrational decision to ground these carriers’ total operations, a decision which, to stakeholders, was unrealistic. This is not because airlines should not be sanctioned if they are found prone to accidents or they become professionally incompetent, but because it is absolutely irrational to ground an airline over an accident, if the carrier’s operational quality and standard practices are not in doubt, which, of course, includes the quality of its maintenance.

If these carriers had breached any of the laid-down rules and regulations, there wouldn’t be any reason not to ground their operations, but since there is no clear indication that such has taken place, it is only proper to lift the ban and allow at least some skeletal operations.

Air Nigeria, on the other hand, was grounded because, according to some insinuations, the airline is broke and has not been able to pay employees’ wages for two months. Whether the carrier is broke or not, the issue of grounding its operations should be left for the staff and the management of the airline to resolve and not be the imposition of an “order” by any government agency.

Over-regulation of our domestic airlines will only lead to more bankruptcies, which will create more unemployment in the system.

First Nation Air, the new offspring of Bellview Airlines, is partially grounded because of its internal problems. But it actually might not be unrelated to regulatory hurdles. If our domestic airlines are strangulated by draconian government policies, entrepreneurs will find it hard to invest in the industry, obviously for lack of economic profits.

While private/business jet operations have been on the rise, schedule carriers are on a downward slide. We welcome private jets in the sector, and government must do everything possible to encourage investors in this area, as more jobs are created by the arrival of a single business or commercial aircraft in the country.

One major area where the government has done very little to support airline business to create more jobs is the disbursement process of the airline bailout fund established under the Yar’Adua regime. In principle, the intervention funds were allocated to mitigate the financial burden of the carriers, but the process of how the money is disbursed through commercial banks has raised the question of who is really being bailed out here – the banks or the airlines?

For instance, about N2billion earmarked to bail out Chanchangi Airlines was released to Finbank. Chanchangi was indebted to Finbank; therefore, Finbank instantly became the beneficiary of the released bailout funds. The only relief Chanchangi now enjoys is that the immense pressure hitherto mounted by Finbank is gone, as its debt has been refinanced and rescheduled. As of today, Chanchangi is still in debt and it is still cash-strapped. The airline has not been able to find its feet; all its aircraft are still unserviceable and, with various maintenance organisations outside Nigeria. It would take a miracle and huge support from the Asset Management Company of Nigeria (AMCON) to resuscitate the carrier. Meanwhile, hundreds of its employees are unpaid and out of work.

There are just three struggling airlines operating in Nigeria today: Arik, Aero and IRS. All three are heavily indebted to various financial institutions and, without constant financial intervention by the government, they will equally fade away in a short while.

It is needless to say that over 25 airlines have gone under in Nigeria since 1980, including the very giant national carrier, Nigeria Airways. The nature of airline business is such that a single hike in fuel price or an adverse policy on the part of government can and will cripple a carrier. Shortly after the EAS Airlines’ accident in 2002, the then minister of aviation, Mrs Kema Chikwe, banned the operation of all BAC1-11 planes within Nigeria and the importation of aircraft above 22 years old. That single pronouncement led to the demise of at least five airlines in Nigeria within six months and a loss of over N2billion for the operators that had paid for older aircraft prior to the new regulation.

A viable aviation transport industry generates wealth, employment, taxes, tourism and related benefits for a nation. It is obvious, therefore, that it is in the interest of such nation to be and remain competitive in the global air transport market.

As of today, there is no carrier in Nigeria that can compete favourably with the international airlines that fly into this country on a daily basis. The reason is simple: the cost of borrowing from our banks is so high that venturing into the highly competitive arena of London, New York and Dubai routes, for example, with financially stronger legacy airlines would decimate a carrier.

Our airlines need nurturing through government assistance, to enhance the smooth flow of flight operations. I am in no way advocating irresponsibility on the part of those working hard to establish or keep an existing airline active, or those who are making conscious efforts to meet the mandatory payment targets.

Corruption as part of our national heritage has diminished all rational intent of genuine business owners, as joining the bandwagon has become the most symbolic way to attain wealth. There are over 30,000 Nigerians currently employed by the various airlines in this country and with over 60 million unemployed today, draconian policies must be managed carefully to avoid rendering more Nigerians jobless.

It is a matter of urgency; government must allow the airlines some breathing space, instead of sheer