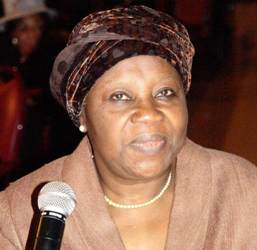 Judicial officers gulp at least N14 billion in salaries and allowances yearly, according to a Daily Trust analysis of official records for the first time bringing to light government’s spending on senior judges at state and federal courts.
Salaries and allowances of politicians, especially lawmakers, have come under intense scrutiny in the past, resulting in calls for reductions, but the Judiciary has so far been spared similar scrutiny.
The Revenue Mobilisation, Allocation and Fiscal Commission (RMAFC) released the details of judicial officers’ emoluments to Daily Trust, following a request filed under the Freedom of Information Act.
The judicial officers, whose salaries are determined by RMAFC and paid by the National Judicial Council (NJC), arejustices and judges of the Supreme Court, Court of Appeal, Federal High Court, State High Court, Sharia Court of Appeal, Customary Court of Appeal and National Industrial Court.

NJC pays them from its annual statutory funds transferred directly from the Federal Government’s purse.
In the 2013 Federal budget, the judicial council received N67 billion for all its expenditure, which is a fall from the N85 billion budgeted for the council in 2012.
Judiciary staff unions have consistently raised concerns on the huge disparity between entitlements of judicial officers—defined as judges of the aforementioned courts—and entitlements of lower court judges and other workers.
According to RMAFC records, each Supreme Court judge and a President of the Court of Appeal receives about N16 million yearly in basic salaries, fringe benefits and accommodation allowance.
That N16 million is broken down into annual basic salary of N2.477 million; car maintenance, N1.858 million; personal assistant, N619,227; hardship, N1.239 million; domestic staff, N1.858 million; entertainment, N1.115 million: utilities, N743,133; outfit, N619,277; newspapers/periodicals, N371,566; and accommodation, N4.954 million.
In addition, a justice in this category also receives a vehicle loan of N9.9 million and severance gratuity of N7.43 million, once in a tenure, as well as furniture allowance of N7.43 million once in four years.
Moreover, the Supreme Court justice and President of the Court of Appeal is each entitled to N247,711 as annual leave allowance, as well as N35,000 as duty tour allowance (DTA) per night and 1,300 US dollars estacode while on foreign trip per night.
Other benefits that are to be provided, not monetised, are special assistants, medicals and security.
A total of 23 judicial officers benefit from the first category package at present, comprising the 22 Supreme Court justices and the President of the Court of Appeal.
Second category
Next category in the judicial officers’ salary package is the one for judges of the Court Appeal, and the heads of the Federal High Court, State High Court, National Industrial Court, State Sharia Court of Appeal and State Customary Court of Appeal.
A judge in this category receives about N13 million yearly in basic salary, regular allowances and accommodation; as well as N7.982 million car loan and severance gratuity of N5.986 million paid once in a tenure. In addition, each such officer receives a furniture allowance of N5.986 million once in four years. (See front page table for additional details)
Daily Trust investigations revealed that there are 66 justices in the Court of Appeal, spread across its 17 divisions around the country.
Each of the 36 states and the FCT has a Chief Judge, and either a president of the Customary Court of Appeal or a Grand Khadi of the Sharia Court of Appeal. Kaduna, Plateau, Taraba and the FCT have all the three, while Ogun has only the High Court.
Third category
The third category in the RMAFC packages comprises judges of the Federal High Court, National Industrial Court, State High Court, State Customary Court of Appeal, and khadis of State Sharia Court of Appeal.
Each judge/khadi receives a total of about N12 million as basic salary, accommodation and regular allowances yearly. (See front page table for breakdown and additional details)
The officers under this category also receive, in addition, car loan of N7.219 million once in a tenure and N5.414 million as severance gratuity after successful completion of tenure, as well as N5.414 million furniture allowance once in every four years.
The number of high court judges in the states varies according to their needs. While Lagos has more than 60 high court judges, Gombe has 13, Rivers (37), Enugu (18), and Kaduna (20).
Each State Customary Court of Appeal and Sharia Court of Appeal has about 10 judges/khadis on the average.
For its part, the Federal High Court has 69 judges, while the National Industrial Court has 20 judges.
Fighting ‘disparity’
There has been sporadic industrial disharmony in the Judiciary since 2011, as unions seek narrowing of the gap between their earnings and those of judges of superior courts of record.
The Judicial Staff Union of Nigeria (JUSUN) held a nationwide strike in March, demanding an increase of the minimum wage in sector to N35,000 from the present threshold of N17, 000 monthly.
Also among their demands is for their salaries to be paid by the NJC, like the senior judges, and not by the state governments.
Judges of lower courts—including magistrates, and judges of lower sharia and area courts, as well as judges of customary courts—also receive far less salaries compared to the senior judges.
Meanwhile, a Federal High Court in Abuja will on December 19 deliver judgement in the suit brought by JUSUN against the 36 states governors over financial autonomy for the Judiciary.
Arguing the originating summons, counsel to JUSUN, Philip Olusola, said the failure to pay judicial funds from the Consolidated Revenue Fund directly to the heads of courts in the various states violates provisions of the Constitution.
Counsel for Abia, Ebonyi, Kebbi and Edo states opposed the submissions and urged the court to strike out the suit on the grounds that it lacks the jurisdiction to entertain it. They also argued that JUSUN has no locus standi to file the action.