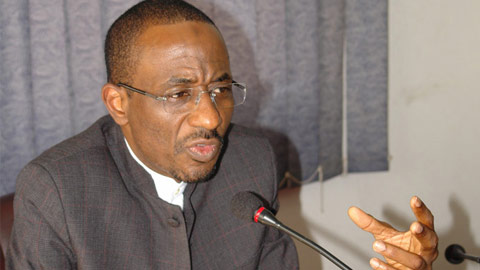 SaharaReporters has uncovered a document in which the Governor of the Central Bank of Nigeria (CBN) complained to President Goodluck Jonathan about the continuing refusal of the Nigerian National Petroleum Corporation (NNPC) to honour its legal obligations, including failure to remit $49.8 billion to the Federation Account between 2012 and 2013.   That amount represents 76% of the value of crude oil liftings during the period.

The CBN complaints are contained in a letter to the President dated 25 September 2013.

Drawing attention to an attached table of analysis of the crude oil liftings and repatriations as prepared by the CBN, Governor Sanusi noted that the failure of the NNPC to repatriate the amounts constitutes not only a violation of constitutional provisions  but also of both Nigeria’s foreign exchange and pre-shipment inspection of exports laws.

Also drawing attention to previous occasion in which he had expressed concern about what appeared to be shortfalls in remittances to the Federation Account in spite of the strong recovery in the price of oil, Mr. Sanusi said that a point of departure ought to be to insist that the NNPC account fully for all proceeds that were diverted from its accounts with the CBN and the Federation Account.

“As an indicator of how bad this situation has become, please note that in 2012 alone, the Federation Account received $28.51 billion in Petroleum Profits and related taxes but only $1013 from crude oil proceeds,” he informed Mr. Jonathan.  “In the period January-July 2013, the corresponding figures are $16.65 billion and $5.39 billion, respectively.  This means, Your Excellency, that in the first seven months of the year, taxes accounted for 76% of the total inflow from this sector, while NNPC crude oil proceeds accounted for only 24%.”

Mr. Sanusi specifically recommended to the President to:

It is unclear if Mr. Jonathan has read the letter.  Despite claims of fighting corruption, he does not normally take any anti-corruption action against members of his cabinet or implement any reports, and NNPC is famously supervised by Petroleum Resources Minister Diezani Alison-Madueke, one of his closest confidantes within the cabinet.

Letter will be uploaded shortly…