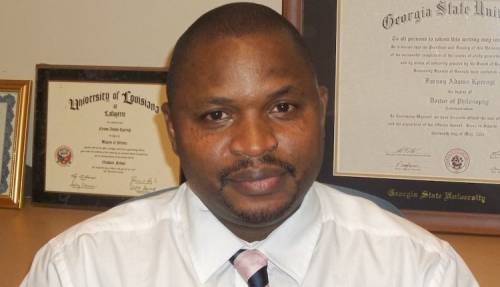 Farooq Kperogi, an activist, has accused President Muhammadu Buhari of nepotism in the appointment of key figures in his administration.

Kperogi in a tweet on Sunday said that Buhari appointed Ahmed Zakari, son of controversial head of election collation, Amina Zakari as special adviser on infrastructure as well as Suleiman Adamu, as Minister of Water Resources.

In the build up to the 2019 general elections, Zakari’s biological relationship with the President came under public scrutiny after sources revealed they were related.

Zakari went on to head the collation of the 2019 general elections.

Kperogi alleged that the appointments were made by Buhari to thank Zakari for her role in manipulating the elections.

“When people objected to the appointment of Zakari as head of INEC’s committee that would be in charge of the secretariat for collation of results of the last presidential election, both the presidency and Zakari lied that Buhari and Zakari had no family relationship until I exposed this in January 5, 2019.

“Well, many people don’t seem to notice that Buhari has compensated Zakari for helping him to rig the 2019 election.

“As I pointed out in January 5, 2019, at some point in his youth, Buhari, who lost his father at a young age, came under the guardianship of Zakari’s father, the late Alhaji Hussaini Adamu.

“Buhari continues to nurture his relationship with the Hussaini Adamu family.

“The appointment of Zakari’s son to an utterly purposeless position isn’t just a reward for her help in perpetrating unexampled electoral fraud on Buhari’s behalf, it’s also a continuation of Buhari’s bald-faced nepotism.”