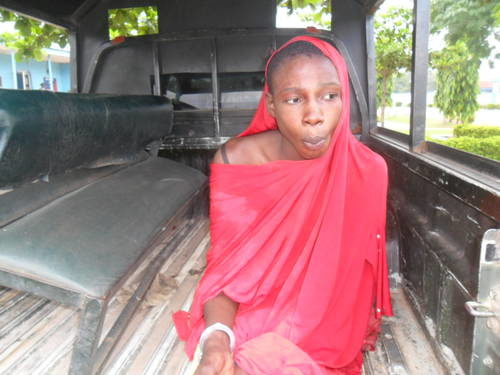 Update- The cross-dresser according to reports lives in Mando, Kaduna and is known to dress like a lady for a long time and hence cannot be a disguised terrorist

We received reports Yesterday that the clearly homosexual cross-dresser suspect arrested at the site of the bomb explosion on Maj. General Buhari’s life at Kawo market in Kaduna, has said that Asari Dokubo, the Niger Delta terrorizing leader paid N1 million each to five members of the assassination squad to kill the General last week.

A clearly homosexual man dressed as a woman was arrested shortly after the attempt on Buhari’s life in the vicinity of the explosion; and was linked to the assassination attempt according to the DSS.

A suicide bomber driving a Toyota Sienna chased and rammed into the General’s car and set off an explosion that injured three aides and killed over 80 at the market close by.

However the reality of the story as is most obvious is that the homosexual cross-dresser suspect arrested likely had no connection to the Buhari bombing. Remember the suicide bomber chased the Buhari convoy for a considerable distance before getting close enough to detonate his bombs at the market.

It is improbable and frankly impossible for the suicide bomber to have remained unscathed (1), been a cross-dresser homosexual (2) at the same time and been caught by the hopeless Nigerian security services at the scene of the crime (3). That is three impossibilities of equal weight.

The suicide bomber was definitely blown to bits when the car exploded killing dozens in the vicinity; was not gay and was not successfully caught by our barely existent security men.

The Nigerian security men simply picked up a cross-dresser queer individual and claimed this was the suspect and later that he was even the master-mind, to pretend some efficiency and wash-away the case.

After beating the gajeezeez out of the cross-dresser, he is singing the songs that come to his mind — that ‘Asari Dokubo sponsored five of them with 1 million naira a piece them to kill ex-head of state, General Buhari.’

With the ‘rubbish’ being advertised in this investigation, the APC has described the handling of terror and insurgency in Nigeria as clearly beyond the capacity of the Jonathan government and called on an urgent international investigation of the assassination attempt.

“Could the person who drove the vehicle that was rammed into the General’s convoy have survived the explosion that was triggered by that action? Could the innocent passers-by who died in the blast not have been arrested and paraded as the ‘suspected masterminds’ if they had survived the blast? Clearly, the arrest of the pervert and his sickening description as a ‘suspected mastermind’ have kick-started the process of muddling the waters, as is usually the case with such high-profile cases.

“This is why an urgent international inquiry into the attack is desirable and imperative, and anyone who is committed to an impartial probe of the attack on the opposition leader should embrace our call.” 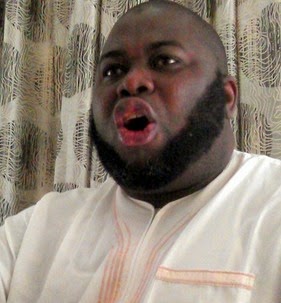 Media commentators were a bit pleasantly surprised that the usually doubting Asari Dokubo immediately tweeted that he believed the assassination; and explained that he saw it as a plan by elements to cause chaos in Nigeria to enable a military take-over. Assuming he is not the prime suspect spilling the beans, this is evidently some progress in people’s attitudes in Nigeria.

Nigeria is in perilous times.

Boko Haram Members are not Muslims – ...