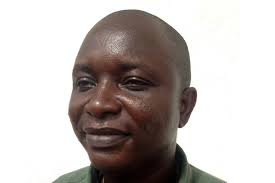 By Umaru Fofana and Adam Bailes

The death of Sheik Umar Khan, who was credited with treating more than 100 patients, follows the deaths of dozens of local health workers and the infection of two American medics in neighboring Liberia, highlighting the dangers faced by staff trying to halt the disease’s spread across West Africa.

Ebola is believed to have killed 672 people in Guinea, Liberia and Sierra Leone since the outbreak began in February, according to the World Health Organization. The contagious disease, which has no known cure, has symptoms that include vomiting, diarrhea and internal and external bleeding.

The 39-year-old Khan, hailed as a “national hero” by the Health Ministry, had been moved to a treatment ward run by the medical charity Medecins Sans Frontieres in the far north of Sierra Leone.

He died on Tuesday afternoon, less than a week after his diagnosis was announced, and on the same day that President Ernest Bai Koroma was due to visit his treatment center in the northeastern town of Kailahun.