The mouth that Nasir El-Rufai used to bite Atiku Abubakar, then Olusegun Obasanjo then Umar Yar’Adua then Goodluck Jonathan has now been used to bite President Buhari! A backbiter must always bite and a backstabber must always stab! President Muhammadu Buhari should go and buy former President Obasanjo’s book, My Watch, to read what he said about El-Rufai. Said Obasanjo “I recognised his weaknesses; the worst being his inability to be loyal to anybody or any issue consistently for long, but only to Nasir el-Rufai.” Did Obasanjo lie? You be the judge!

Scandalous memo: @elRufai or @MBuhari, who do you stand with❓

A man who cannot govern his state believes he can advise a man who does not know how to govern a nation. Do you see why we are where we are? Parts of Kaduna are like a war zone. The state has not achieved any feat economically. The governor is in a power tussle with Shehu Sani, a Senator from the state. Kaduna citizens complain about lopsided appointments at the state level. Yet, this busybody leaves all of that to teach the President his business. He cannot carry a rat yet he wants to carry an elephant!

El-Rufai did not say anything new about President Buhari in his recent memo. Go back and read what he said about Buhari in 2010, it is like a prophecy of what is happening today. This is an exact quote of what Nasir El-Rufai said on October 4, 2010: “Mallam El-Rufai wishes to remind General Buhari that he has remained perpetually unelectable because his record as military head of state, and afterwards, is a warning that many Nigerians have wisely heeded. His insensitivity to Nigeria’s diversity and his parochial focus are already well-known.” Looking at what is happening today, did El-Rufai lie?

When a tiger finishes attacking its enemies and has no enemies left, it starts to attack its friends. Nasir El-Rufai is a tiger. A tiger’s nature is to always attack. No matter how much you tame and train a tiger it cannot overcome its nature and become a household pet. It will one day kill you and your children!

For those who do not know how Machiavellian and demonically manipulative Nasir El-Rufai can be, then consider the testimony of Segun Adeniyi, former editor of Thisday and spokesman to the late President Umar Musa Yar’adua.

“On the way, Balat, himself a former minister in Obasanjo’s government, asked, ‘Segun, this cabal thing, were you really a member?’ Before I could respond, former Federal Capital Territory minister, Mallam Nasir el-Rufai, who played a prominent role in the campaign that eventually brought Jonathan to power, interjected, ‘There was no cabal, WE CREATED THE MYTH IN THE MEDIA TO NEUTRALIZE TURAI’” (Adeniyi, Segun. Power Politics And Death. pg. 272) 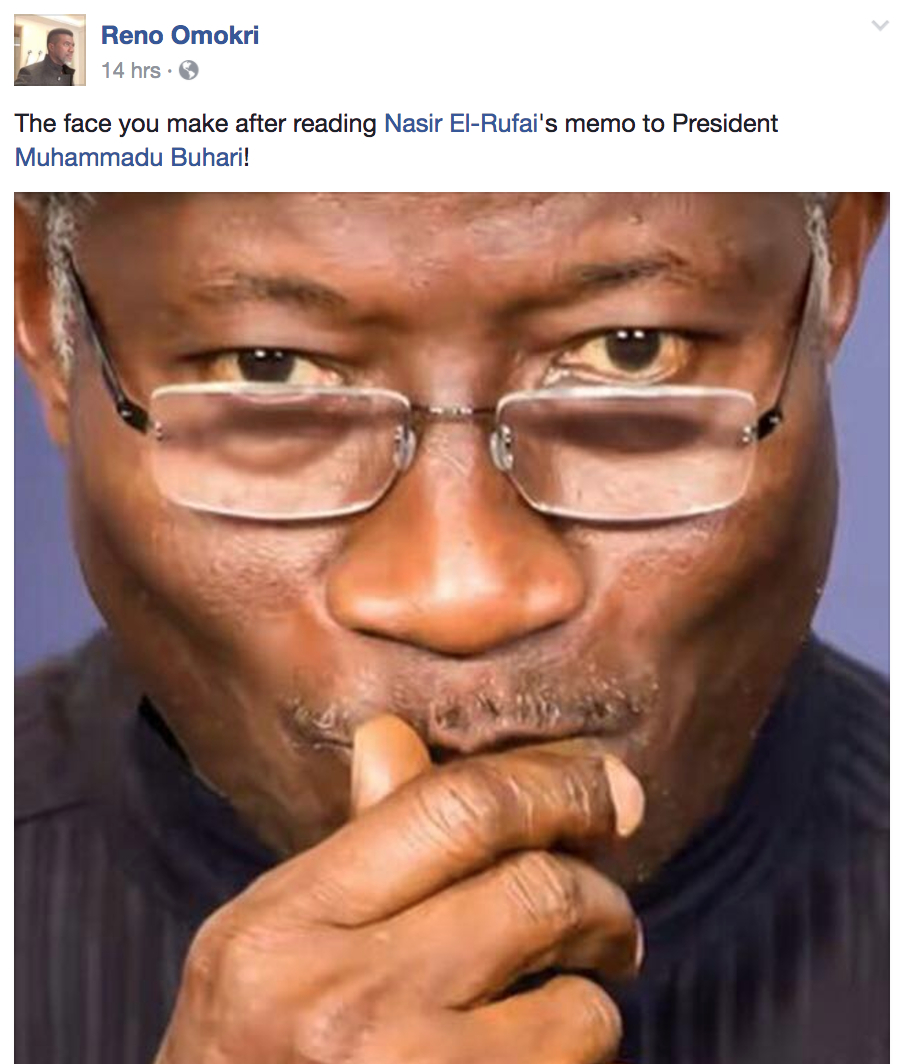