Speaking with Daily Sun in Abuja at the Leadership independence conference organized by the Leadership Newspaper on Nigeria at 50, El-Rufai canvassed the enthronement of a new generation of leaders.

“I have great respect for President Babangida. I think he has done a lot for Nigeria. You won’t take that from him. He has made his mistakes like every human being, but people like President Babangida and General Buhari should just disappear. They should give way to a new set of people with new ideas. Young people preferably,” El-Rufai said. 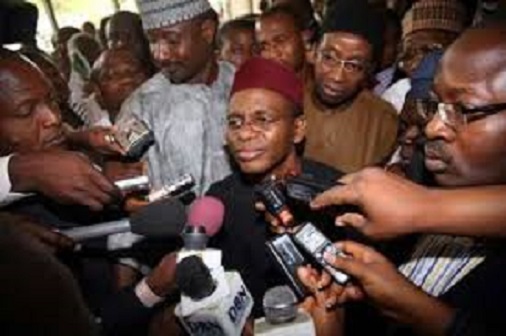 El-Rufai said the whole world is now being ruled by young people and wondered why old blood should continue to rule Nigeria. “Obama is 48 and Cameron is 43 for God’s sake. So, why are we recycling leaders that ruled this country very well or very badly 25 years ago?,” he queried.

El-Rufai said: “I was 25 years old when Buhari and Babangida were Heads of State and I am now 50 and they still want to be Head of State. I don’t understand that. I don’t understand that at all and I call on the young people of Nigeria to take their future into their hands and ensure that in the next election, they vote for a new generation of leaders. 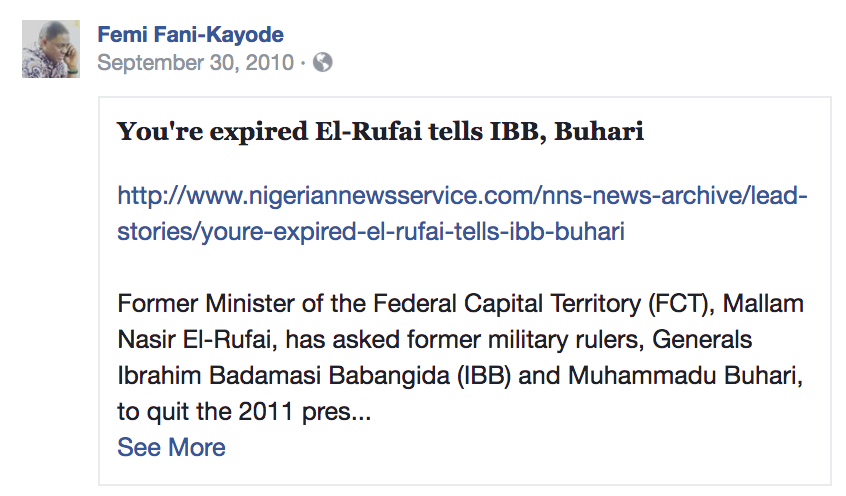 “I think that we will not make progress until we break the link from the past and just move on. 70 per cent of Nigerians are below the age of 40. Many of these young people, the next generation, as they are called, are on internet services such as Facebook and twitter, using Blackberry and if you ask any of these people running for presidency, they will think that Blackberry is a fruit. So, we have to move away from there and stop thinking that this leadership thing is all about us or all about individuals.

We must put the future of the country at heart and give way to a new generation of leadership.”
While declaring that the nation had something to celebrate for remaining united as one country despite fighting a civil war, El-Rufai, however, said there was a lot to reflect about. “As we look towards the next 50 years, I think the principal issue in Nigeria has been the failure of leadership. We have not made the progress that our human and natural resources entitled us to make and it is all because we have failed leaders,” he noted.

On the forthcoming elections, El-Rufai said the Independent National Electoral Commission (INEC) would ensure credible elections in 2011. “I have personal confidence in Prof. Attahiru Jega. He is a man of great integrity. He is an honest man, who could not be bought at any price and for that reason, we are all hopeful that he will ensure free and fair elections,” he said.