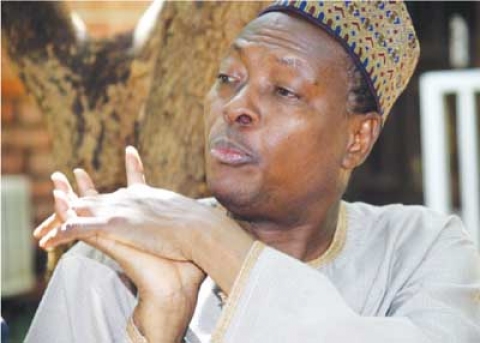 Dr  Mohammed Junaid in this interview, blamed the recurring  Fulani herdsmen, farmers clashes on government’s inability to muster political will to address the matter. On the issue of governance , he picked holes in the style of President Muhamnadu Buhari, insisting that the appointments made so far by the President were not such that could  inspire hope among Nigerians. Excerpts:

What do you make of the blame game going on over herdsmen/ farmers clashes?

Thank you very much for describing the situation as nothing but political blame game. As far as I am concerned, if a government has the political will to solve a problem, and that will and attitude towards any political problem is perhaps a reflection of the attitude of the elite themselves, that problem can be solved. The central issue here is having the political will.

Secondly, people believe that the so called herdsmen problem is indeed a problem which should engage our attention the way it has been made to do or the way it has been presented. I am now in my 67th year and I know that this problem is not purely Fulanis vs the rest of the public or Fulanis vs the South. In my days as a teenager, I remember several cases of clashes between Fulani herdsmen and farmers all over the country. The problem is still there. The difference now is that, first, there is the  effect of global warming, the land being with little or no grass all over the country . Many people who are owners of livestock have been forced to move farther and farther in order to find grazing land for their livestock.

The issue is presented in a very skewed, one- sided manner. People are saying that the Fulanis are troublesome, they are killing people etc. Those who have an interest in presenting the message the way it is being couched have their own interest. They are doing so to present the Fulanis in bad light because they have imaginary enemies who may be Hausa or Hausa Fulani. Unfortunately for the Fulanis, they do not have a radio station, television or newspapers.

Could that explain what you mean by government not having the political will to handle the problem?

Government does not have the will. I can say it any day.

Are you talking about the past and present government?

What exactly would you have loved government to do on the matter?

First, has government bordered to  examine all the sides to  the problem? Have they found out the implication of any policy which they have identified and which they want to carry out, what it will lead to?

There are 54 African countries today, the 54th one is South Sudan but in 33 out of those 54 countries, there are identified Fulani settlements. How do you pick up a quarrel and say these people are all at fault? Does that issue have to do with only Nigerian Fulani? What is it that Fulani do wrong in Nigeria that enable the Fulani to be presented as constituting a national security problem?

I have heard discussion with people especially those from the South who say why should the Fulani be carrying arms? Fulanis don’t carry arms in order to go and kill anybody. It is a life style.

Where the political elite, the authorities are not alive to their responsibility, we always have this kind of problem.

It is not different from the challenge we have in the North East, that is the issue of Boko Haram, the problem we have in the South South which is leading to destruction of government installations by militants.

The Nigerian state is not credible, nobody should make mistake about that. Every life is valuable and should be treated as such. If you have to take life, you have to do that in accordance with the law.

Do you agree with claims in some circles that several people who disguise as herdsmen are Boko Haram members?

There is also claim that government has submitted a bill on grazing to the Senate and the Senate is about going into discussion on it. As far as I know, there has been no such bill emanating from the executive. In fact, the executive is so much in disarray; I can’t see them sitting down to articulate a draft bill and send to the senate or National Assembly for the purpose of creating the so called grazing reserve. Wouldn’t they have confronted the Fulanis themselves and ask them if they would want to have a grazing reserve or how best to handle the situation. The issue has been elevated into a national problem; it has to be solved nationally.

If you decide before investigating the issue  that ABC are guilty or anytime somebody dies you say it must be the handwork of ABC, then we are in a very serious trouble. We are not thinking rationally. The Nigerian elite are not prepared to do anything, they are only interested in shouting.

The problem we have here, we have the same in Ghana. The difference is that it is not being politicized in Ghana. Something is being done, it is being discussed openly there.

The police is taking a very irresponsible stand. The force said the Fulanis must be disarmed. They have been living all their life wielding reasonable arms but they don’t carry arms. Are you saying they should not carry arms for their own protection or protection of their cattle which rustlers take from them and sell or slaughter. Nigerian State cannot guarantee the safety of me living in Kano or anybody in the country.

Are you okay with the state of affairs in the country especially the controversy over the 2016 budget?

Let me start with the budget. As far as I am concerned, the issue of the budget is a non issue.

How do you mean?

It is clear from my own understanding that the National Assembly is determined to confront and if possible humiliate Buhari and his government. What is between them I don’t know. Both Houses are controlled by APC and they ought to work harmoniously with the executive.

I want to make this clear; Nigerians are concerned about their own security and economic welfare. They are not interested in all this politics or disagreement between the President and lawmakers. The sooner this is realized by everybody, the better for this country.

There are things happening in government that we should all be worried about. I am aware that for nearly a year now, the government has no compliment of   full appointees. Now, if in a four year term you spent one year before getting the government on the move in terms of appointments, you can see that we have a very serious problem.

Whether they like our constitution or not, the fact is that this a political government. Anybody who feels otherwise is a bloody idiot, the person does not know his left from his right.

Telling us that this thing we have is the best Nigeria can offer, I think that is an insult. Nigeria deserves a better deal. I have no doubt in my mind that the interest of the country was not paramount in some of the appointments made so far. It was given to friends, in-laws or what have you. As far as I am concerned, that is very unfortunate. The taste of any food or pudding is in the eating. So far, we have had almost 11 months of this government, tell me what have been the benefits to Nigerians.

I know there is a problem with the economy. I know we have had to contend with Boko Haram war. Yet I have no doubt in my mind that this is a government that would have done better if it had appointed the right people. I have no doubt in my mind that something is being achieved in the insurgency fight and on the EFCC front but we deserve more from the government. I commend the EFCC more than the government itself. As it is today, 80 to 90 percent of Nigerians would tell you that they are not satisfied with the state of affairs in the country.

Are you saying that the government is not focused?

As far as I am concerned, these things go together. If you employ the best minds, best brains, they will achieve the best results. You cannot have a government in which almost everybody is complaining about. There must be something it is not doing right. The fight against corruption is a good one but people do not want it to affect development and good governance. It is not wrong for Nigerians to demand that. My reading of our current situation is that Nigerians want food on their table even though they support war on corruption. They want improvement in our educational standard. They want a sense of belonging for every Nigerian. Nobody can take a government pursuing a single agenda in a country of over 180 million people. Government must pursue poverty, unemployment, etc. Appointees who have failed to deliver must be asked to go. Nobody should force corrupt and incompetent people on us because of one excuse or the other.