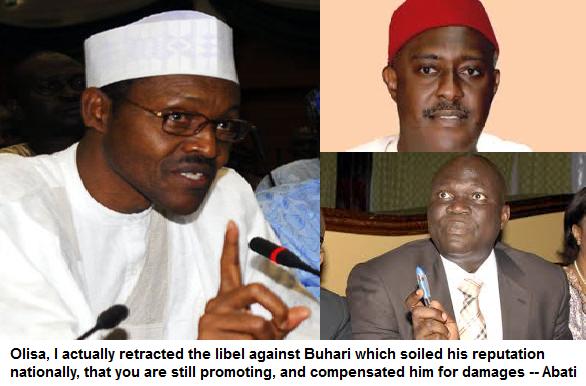 AS-General Muhammadu Buhari may have instructed his lawyers to file a libel action claiming billions of naira against Femi Fani-kayode, the director of media and publicity of President Goodluck Jonathan’s campaign for alleging that he forged his school certificate.

Reliable sources says General Buhari has vowed to file the case and fight to it logical conclusion in order to protect his name and integrity that Femi Fani-kayode is striving to destroy because of politics and in order to save his neck from the corruption related case pending against him in the High Court.

The sources say that General Buhari said this time he would never accede to a settlement of the proposed case as he did when he sued the current Media Adviser to the President, Mr. Reuben Abati.

It will be recalled that in 2011 after the general election General Buhari sued Mr. Abati for writing in his column in the Guardian Newspaper that it was General Buhari that instigated the violence that erupted in some part of the North after the result of the Presidential election was declared.

The matter was later settled out of court after some eminent Nigerians intervened and pleaded with General Buhari to forgive and forget.

The Guardian newspaper thereafter published an disclaimer and an apology to General Buhari saying that it was misled to publish the defamation against General Buhari.