A message of Kudos to Nigeria’s gallant civilian JTF for a brave performance today.

The picture taken was the celebratory arrival of our hero, (SARKIN YAKI) as well as the State coordinator civilian JTF Borno State chapter Alhaji Abba Aji Kalli, immediately after their operation with the dreaded sect at Njimtilo, Maiduguri along Kano road in which two (2) Apc’s and one(1) Artillery mounted were recovered from the Boko Haram invaders.

Furthermore, in the operation most of the terrorists were killed.

May Allah continue to guide our soldiers, BOYES and the country at large,more so destroy who so ever in hand and behind this menace Ameen! 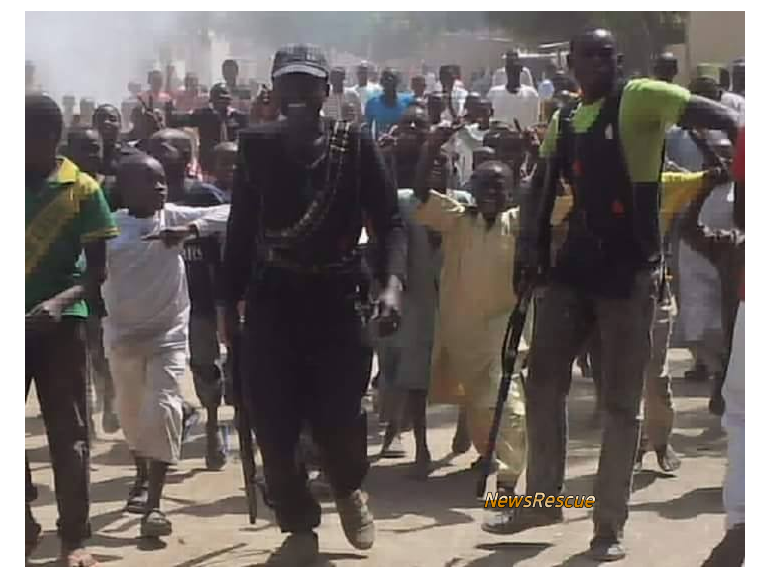 Donate to Civilian JTF Through ENDS