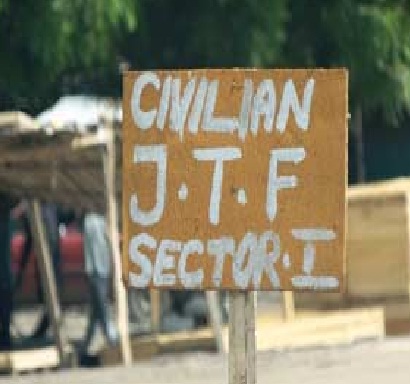 Two persons are reported to have been killed in Maiduguri on Monday evening in a clash between soldiers and anti-Boko Haram youth popularly known as ‘Civilian JTF’.

A source said the volunteers had captured five armed persons with guns and accused them of being Boko Haram fighters.

Trouble started when soldiers from Sector 2 in Maiduguri seized the suspects and claimed that they were soldiers although in civilian clothes. That claim did not go down well with the irate volunteers, who went into town protesting, leading to heightened tensions.

The protests led to the death of at least two persons, as well as some injuries.

The military authorities are yet to issue a statement on the situation.