One of Carr’s most lasting contributions to modern-day conspiracy theory was his discussion of an alleged plan for three world wars (often referred as the 3WW), which he believed was developed by Confederate general and Masonic scholar Albert Pike.

In Pawns in the Game, Carr claims that World War I was fought in order to enable the Illuminati to overthrow the powers of the Tsars in Russia and to turn that country into the stronghold of atheisticcommunism. The differences stirred up by the agents of the Illuminati between the British and German Empires were used to foment the war. After the war ended, communism was bolstered and used to destroy other governments and weaken religions. After this, World War II was fomented by using the differences between fascists and political Zionists. This war was fought so that Nazism would be destroyed and the power of political Zionism increased, so that the sovereign state of Israel could be established in Palestine. During World War II, international communism was built up until its strength equaled that of united Christendom. At this point it was contained and kept in check until required for the final social cataclysm.

Moving into the future, Carr claimed that a report came into his possession through the Canadian Intelligence Service of an alleged speech in 1952 by Rabbi Emanuel Rabinovich, in which it was made known that the Secret Powers wished to precipitate World War III within five years. Small nations would ally with either Russia or the United States, with Israel remaining neutral. The book quotes Rabinovich saying that there will be no more white race and no more religions. Towards the end of the book, Carr states that “people who wish to remain free can follow only one plan of action. They must support Christianity against all forms of atheism and secularism.”

In “Satan – Prince of This World” which was his last book, he predicted the World Wars including World War III which he said will be via the use of Islam which will be penetrated by the Luciferian Illuminati, to cause wars to eventually destroy civilisation structures and introduce a New World Order, NWO belief system in Lucifer as God.

His predictions coincide with Islamic hadith predictions of an end time “one-eyed” Dajjal. 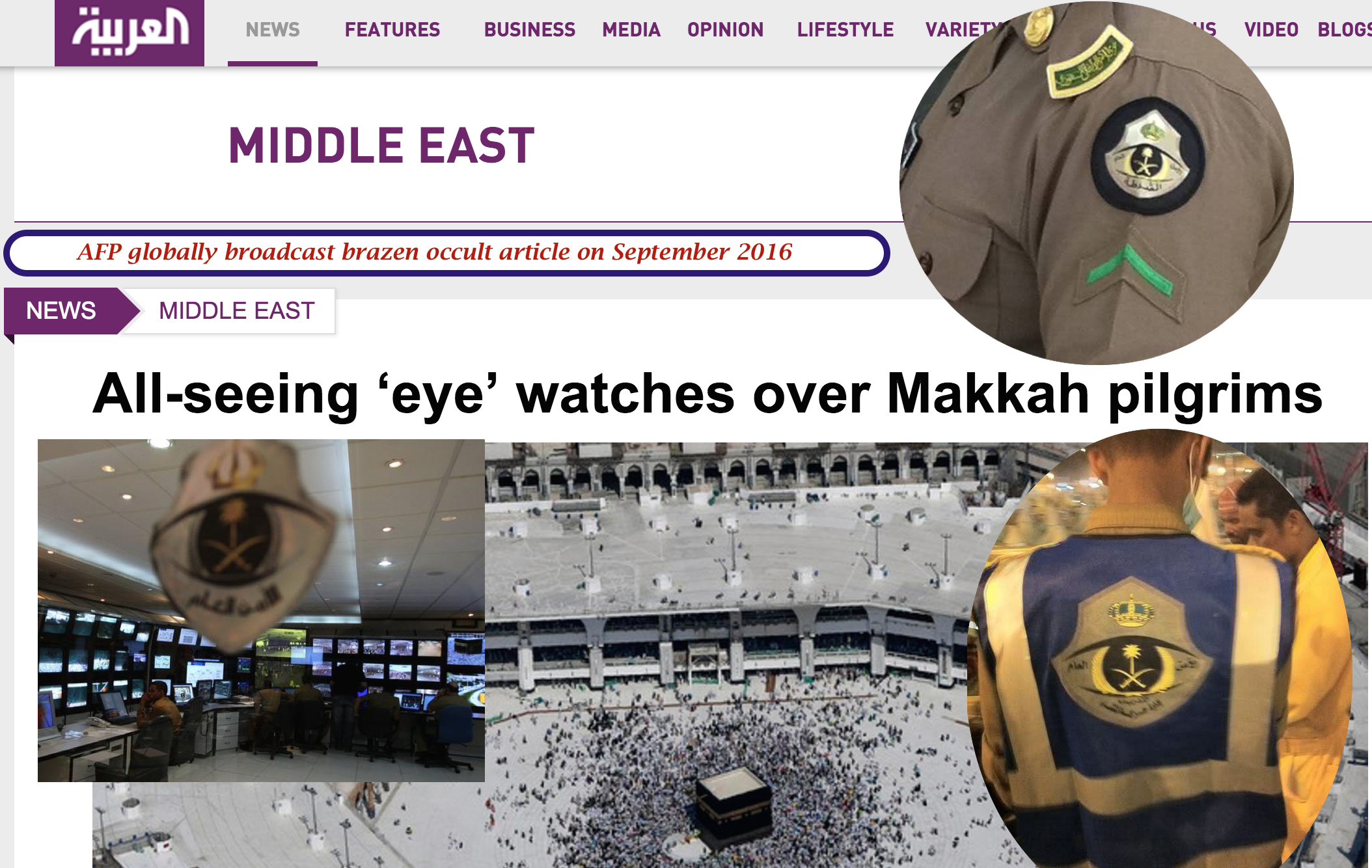 Below are excerpts from Satan – Prince of This World:

Since then presidential candidates have been selected and elected by those who direct the conspiracy AT THE TOP The masses have been made to think they elect the men of their own choice, but, in reality, as Weishaupt intended, they are given “Hobson’s choice.” Could anything illustrate this truth more clearly than the last few presidential elections, and the last election fight between Harriman and Rockefeller for the governorship of New York? If a president, or other top level politician slips into office unexpectedly, he or she is silenced one war or another. Presidents not amenable to control by the agentur of the Illuminati are assassinated. Senators who are uncooperative are either blackmailed, smeared, or liquidated. There are hundreds of cases on record to illustrate exactly what I mean. Lincoln, Kennedy, Forrestal, and McCarthy are just typical examples in America. Lord Kitchener, Chamberlain, and Admiral Sir Barry Domvile were typical examples in England. The recent murders in Iraq were all part of the same ruthless and diabolical conspiracy to destroy ALL governments and religions, and to bring about a One World Government, the powers of which the High Priests of the Luciferian ideology intend to usurp.

We ask the reader to study every word of this diabolically inspired document. According to pike’s military blueprint, drawn up between 1859 and 1871, three global wars and three major revolutions were to place the High priests of the Luciferian creed in position to usurp world powers. Two world wars have been fought According to schedule. The Russian and Chinese revolutions have achieved success. Communism has been built Up in strength and christendom weakened. World war three is now in the making. If it is allowed to break out, All remaining nations will be further weakened, and islam and political zionism will be destroyed as world powers. The reader must not forget that the Arab world is made up of millions of people, many of whom are Christians; many are of the jewish faith; many are mohammedans, but all subscribe to belief in the same god Christians worship as the creator of the universe. The koran of the mohammedan faith is practically identical with the bible, excepting only that the mohammedan religion, while accepting jesus christ as the greatest of god’s prophets before mohammed, does not permit its members to believe in the divinity of christ.

The point we wish to make is this: those who direct the Luciferian conspiracy at the top realize only
Too well that before they can provoke the final social cataclysm, they must first of all bring about the destruction of islam as a world power, because if islam were not destroyed, it would undoubtedly line up with christianity

—
When Pike made his selection a strange situation developed. Lemmi was such a confirmed Satanist that he insisted that all members of Pike’s New and Reformed Palladian Rite worship Satan as “Prince of this World,” and as their God. He went so far as to have his friend, Brother Carducci, compose a hymn to his Satanic Majesty entitled, The Goddeal Mirror, which, to the great annoyance of Pike, Lemmit ordered to be sung at all Palladian Rite Banquets. This situation developed to the stage when Pike, to end the matter once and for all time, issued a ‘Letter of .Instruction: Pike, speaking as Sovereign Pontiff of the Luciferian Creed, made this very profound, and from the Christian viewpoint, ‘profane,’ pronouncement. He addressed it to the heads of the 26 councils of his (Pike’s) New and Reformed Palladian Rite, established all over the five continents as the secret headquarters of those he had selected to direct ALL aspects and phases of the W.R.M.., so that Communism, Nazism, Nihilism, and every other enemy of God and of His creatures, could be used to further the secret plans of those who directed the Luciferian conspiracy AT THE TOP Pike’s letter reads in part: (We quote a translation of it, taken from page 587 of A.C. DeRive’s book dealing with this subject, La Femme et l’enfant dans la France- Maconnerie Universale.

“That which we must say to the ‘crowd’ is, ‘We worship God’ -but it is the God that one worships withoutsuperstition …. The Masonic religion should be, by all of us initiates of the high degrees, maintained in the purity of the Luciferian doctrine … if Lucifer were not God, would Adonay, whose deeds prove His cruelty, perfidy and hatred of men, barbarism, and repulsion for science would Adonay and His Priests, calumniate him?

“Yes, Lucifer is God. And, unfortunately Adonay is also God. For the eternal law is that there is no light without shade; no beauty without ugliness; no white without black; for the absolute can only exist as two Gods…. THUS THE DOCTRINE OF SATANISM IS A HERESY; (emphasis added), and the true and purephilosophical religion is the belief in Lucifer, the equal of Adonay. But Lucifer, God of Light and God of Good, is struggling for humanity against Adonay, the God of Darkness and Evil.”

We wish to point out that Pike’s letter, from which the above quotation has been taken, was translated into French by De Rive, and then translated back into English. Because I have studied this matter from many angles, I believe the word ‘crowd’ should have been translated as ‘Goyim’ or ‘Masses. I also believe the translator used the words Masonic Religion when he should have said, “the religion as practiced in the Lodges of the Grand Orient and the Councils of the New and Reformed Palladian Rite.” By using the word ‘Masonic,’ one may be misled, because study of contemporary literature of that time proves that the head of British Masonry had warned the Grand Masters of English Masonic lodges that they, and their members, were not, under any pretext or circumstance, to affiliate with, or associate with Grand Orient Masons, much less Pike’s New and ReformedPalladian Rite.