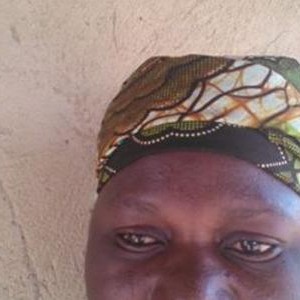 A escapee who was abducted 27 months ago by the dreaded Boko Haram terrorist sect has revealed that she is pregnant for the sect’s spiritual head and commander, Abubakar Shekau.

*Meenah Dawah who was a teenage girl when she was abducted by Boko Haram 27 months ago spoke with IQ4News’ Prince Dickson in an exclusive chat.

She claimed to have escaped when the Nigerian army attacked a Boko Haram camp early this year.

At 17 years old, she was forced to watch her parents shot dead by the Boko Haram insurgents in her village in Konduga town, northern Nigeria. She escaped after 27 months with a baby she claims may belong to the Boko Haram leader Abubakar Shekau.

As a person who has seen torture, rape and abuse, Meenah has learned quickly to hold her tongue even in the face of appalling acts of atrocity.

While in captivity, she had to care for children born to Boko Haram commanders and members, and would tremble in fear as she heard girls scream as they were raped, and in some cases watch how girls were tortured for refusing to change their faith.

She described how on occasions some top leaders of Boko Haram would come, and she was asked to entertain them.

It was on such visits she insists that Abubakar Shekau, Nigeria’s most wanted man, and Boko Haram leader, slept with her.

“He would just appear from nowhere like a ghost,” she narrated.

“He seems to be panicking all the time and issuing instructions.

“He is a softly spoken man – it is almost as if he whispers, if you are meeting him for the first time, you would never be scared of him.

“But I soon learned that after every whisper something dangerous would happen somewhere in Nigeria.

“Depending on the camp, some of the camps have everything, electricity, water and television, with different kind of electronics.

“He once asked me if I was willing to fight for the cause, to which I answered no, he told me I could be a fighter and a domestic slave.

“I didn’t want to speak to him in case what I said offended him.

“All it would take was one wrong word and he would have had me killed. I thought he was drinking or taking something whenever he came, one could notice maybe he lost men or something was not right.

“We moved a lot and depending on the camp, my role varied, it was so tough travelling around with a baby strapped to my back.

“Abu has many kids from many different women.

“Some of us women would go to Maiduguri to buy things when we have shortage, and a commander or two would follow us, and we acted as decoy when villages are ambushed.

“I’d be sent in to talk to people, then they’d move in behind me and start killing.”

“Some of us girls would also have to carry guns, and often bombs too, there was this girl, she was forced to carry a rocket-propelled grenade launcher on her shoulder, then we had few men in that particular camp.”

Meenah managed to escape when she was badly wounded by a bullet, after the Nigerian army attacked their camp. She was left for dead.

The bullet in her leg was only recently removed at the University of Maiduguri Teaching Hospital in Borno State.

She has an uncle as a sole surviving relative, and it has not been easy as her uncle has not received her warmly.

“My uncle will not have me because he is ashamed of my child whose paternity is not only questionable but is dangerous if it is Shekau,” she says.

“Before my parents were shot in the attack on our village, my dad had made plans for me to go and finish my secondary school in Government Girl Secondary School Shaffa, where we have a distant relative, but she was also killed in an attack on her way back from a market in that area.

“I know I am intelligent and willing to learn, but where do I start from?”