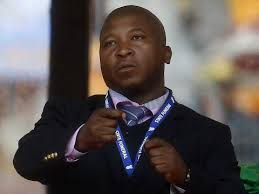 Sign language stole international attention at world leaders and common folks’ celebration of Madiba’s life in South Africa. That is the good part. The bad part is that it could have turned into calamity if you believe some recovering mental patient could have reacted violently while interpreting into sign language for each guest because he was so near to them.

Haba, he must have at least undergone weapon clearance. Missing in all of this is the man’s assertion that he realized each of the presidents has security with a gun that could blow his head off into pieces if he had made any wrong move. So he was not all that crazy as the world press would like us to believe. For a crazy man seeing angels, he was well composed and more subdued than most of the people in the gregarious crowd.

Two questions were obvious here. One is whether to revisit, since the 80s worldwide, how we keep stable mental patients in their recovery outside hospital but away from dignitaries. The second and more important question is, if sign language made up of mostly body language is understood the same way universally. Since the company that hired him has disappeared into thin air, we are left to speculations about how he got there in the first place.

Answering the second question, it is hard to believe that even within the same country there are no cultural differences in body language and how much that is incorporated into sign language. In fairness to South Africa, there was another white lady interpreting on television. There are only so many gestures one can make with hands and fingers, so many of us in our ignorance could hardly tell that much difference between the two interpreters.

Many cultures while speaking make different gestures with their hands while other cultures wonder why they talk so much with their hands, shoulders and sometimes other body parts. Italians and other Europeans talk with their hands but not so much by the English (from upper middle class up) with stiff upper lips. Africans talk and dance with the heads, eyes and fingers. Universally, we understand when you put a finger to your head in different ways.

Looking straight into the eyes of people talking to you has many interpretations depending on the culture. Sometimes the translation can be contradictory. It could be a sign of respect to look down, sign of disrespect to look up or lack of truth to look away when talking. It can also be a sign of hatred when you could not stand to look at the person spoken to!

What some of us refuse to believe is that Thamsanqa Jantjie never knew what he was doing when, in fact, he had been hired a few times before. Though we are told that someone had complained about him previously, if he was that bad that complaint would have alerted some authorities to remove him and certainly not to present him for such august occasion again. Ignoring previous complaint is one thing, outright intentional negligent is another.

The way the speculation is spreading, one would think local and international guests were invited only to expose them to a mad man, and if that can sink in, then what would South Africans not expose one to. Anyone that wants to perpetrate this notion has other motives. No African would intentionally expose their guest on such occasion to harm. In spite of all the risky aberration on security these days, some South African authority must stand up and explain this.

We witnessed an accredited journalist in Bagdad throw a shoe at the President of United States, not once but twice. The agile President ducked both times. There are always some lunatics out there trying to make a name for themselves by striking at famous figures. Some, for any or no reason while others suffer from temporary insanity. In this case a man with such history was just too close for comfort.

Apart from security, this is a good opportunity to educate us o the cultural differences in sign language. No matter what we say by speaking out even in signs, people read different meanings into it. It was interesting what people read into Mrs. Obama facial expression that had a smile at one point and a blank at another. But in between the smile and the blank, Denmark’s Prime Minister Helle Thorning Schmidt took a selfie with Prime Minister of England and U. S President.

The speculation and interpretation of the sign language, facial expression and the selfie almost overshadow the main event, but only in the minds of journalists looking for sensational stories. Since they have brought both to our attention, we must deal with them. People forget that presidents and prime ministers are people too. In a celebrative mood of a man that lived to be 95 years old by a bigger crown in the stadium, no one was immune to some fun.

Accidents can and do happen but nobody can perfectly prevent it. All the gestures, signs and security around the Pope could not prevent that little kid from approach him and getting the Pope’s attention. We were all surprised how the little kid got so close to the Pope. In some cultures, that could have been a very naught boy in need of proper home training or detention.

Until someone comes out and explain why the sign language interpreter got to the stadium and how he was screened to take such a conspicuous stand in the crowd, speculation will continue for lack of appropriate answer. This is not an incident you wish away until people forget about it. It will be brought again, especially by security experts whenever there is another international occasion in Africa. When Gadhafi insisted on his own security in Nigeria, he was rightly denied.

Nevertheless, we must remember that Uganda is the first country in the world where sign language was recognized and passed into parliament in 1995.