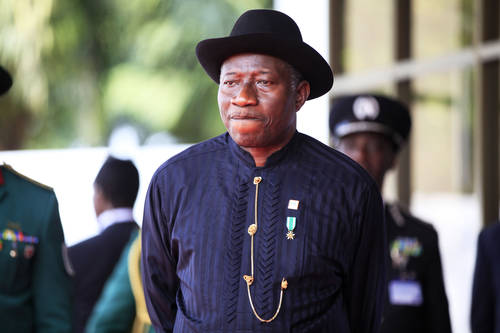 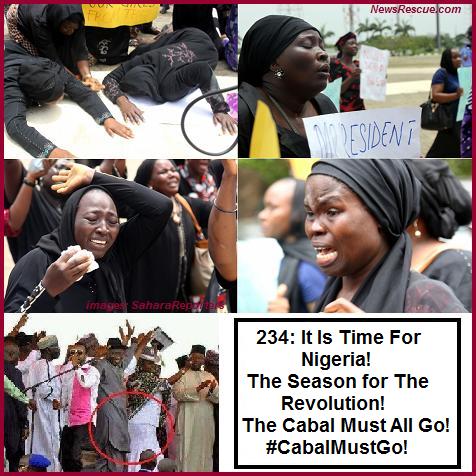 The parents of the kidnapped Chibok students said ‘no’ to a meeting with Nigerian President Goodluck Jonathan on Tuesday, the BBC reports. Their rejection of the Tuesday meet-up in Abuja was unexpected, and has struck a blow to the president’s ongoing charm offensive.

The meeting was a staged event organized by Levick, the Washington-based PR firm, and President Goodluck Jonathan was set to formally meet and be photographed with the families of the students abducted by Boko Haram in mid-April. 17 Chibok residents were expected to meet with the president, including five of the students who had managed to escape. However, the Borno State families, in a surprising last minute move, reportedly called it off.

Goodluck Jonathan Yahoo News In a statement issued to the national media, and one SaharaReporters obtained, the president’s office blamed opposition forces for the cancellation, and put out the following:

“It now appears that our fight to get the girls of Chibok back is not only a fight against a terrorist insurgency, but also against a political opposition.”

“It is with great regret that I announce the cancellation of the meeting with 12 parents of the abducted Chibock children, as well as five of the brave girls who escaped from the terrorist organization Boko Haram. I scheduled this meeting, which was to be open to the media for coverage by Nigerian and international press, to listen to their stories and to privately brief the parents and the girls on our efforts to rescue the abducted girls.”

“Unfortunately, political forces within the Nigerian chapter of Bring Back Our Girls have decided to take this opportunity to play politics with the situation and the grief of the parents and the girls. They should be ashamed of their actions.”

“Those who would manipulate the victims of terrorism for their own benefit, are engaging in a similar kind of evil: psychological terrorism.”

“I want to be clear, this government stands with complete solidarity with the girls and their parents. We are doing everything in our power to bring back our girls. Despite the shameful and disgusting games being played by the Nigerian chapter of Bring Back Our Girls, as a father of girls, I stand ready to meet with the parents of our abducted children and the truly brave girls that have escaped this nightmare through the grace of God.”

The “summit” was supposed to be a public relations opportunity for President Jonathan. That summit with 12 parents of the abducted Chibok students in the Nigerian capital would have been invaluable to him politically.

In May, President Jonathan had backed out of a scheduled meeting with the parents of the kidnapped Chibok students while visiting Borno State.

Military forces traveling with the president cited security concerns that prevented Jonathan from visiting Chibok back then. Some Chibok residents speaking with a SaharaReporters correspondent afterwards said they felt ‘snubbed’ by the president’s bailout on the visit.

Phillip Elwood, the Vice President of the Levick firm, told a SaharaReporters correspondent hours after the cancelled event that the reasoning for the Jonathan bailout was that “they are facing a crisis on the ground.” Elwood offered no further information, and told the correspondent to call back later for more information.

SaharaReporters did call back, but Elwood’s phone immediately forwarded to voice mail. At press time, there was no mention of the cancelled event on the company’s web site.