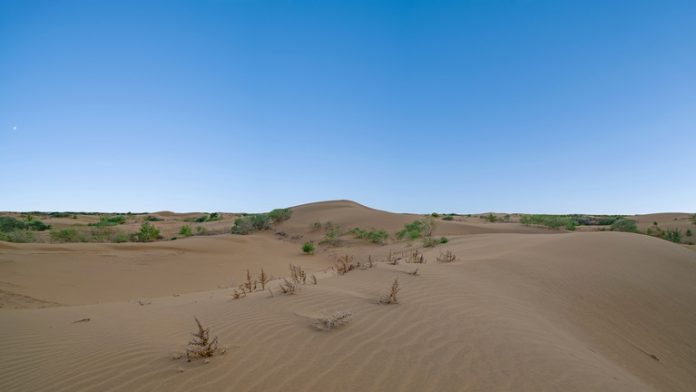 On Wednesday, a massive renewable energy project worth more than $11 billion began construction in Inner Mongolia, China’s seventh-largest desert. The initiative is part of the country’s ambitious clean energy plan.

According to the construction company, the solar and wind power base with a total installed capacity of 16 million kW will be the world’s largest renewable electricity generation facility of its kind in a desert area. It will use solar, wind, and upgraded coal power to generate 40 billion kWh of electricity per year for Beijing and the provinces of Tianjin and Hebei.

The China Three Gorges Corporation and Inner Mongolia Energy Group will work together to develop the project in the Kubuqi Desert. According to Chinese media reports, the desert is already home to the country’s largest solar power station, which has 196,000 panels and has generated 2.3 billion kWh, or 760,000 tons of standard coal.

The construction timetable has not been specified by the company, but the first phase will include one gigatonne of solar capacity with energy storage.

China has significant wind and solar power generation capacity, and the clean energy base is part of the country’s ambitious investment plan to generate 450 gigatonnes of renewable energy in its vast desert areas.

Beijing intends to produce 33% of its electricity from renewable sources by 2025 in order to reduce carbon emissions, and it is already on track to meet this goal, with clean energy production reaching 29.4% last year.