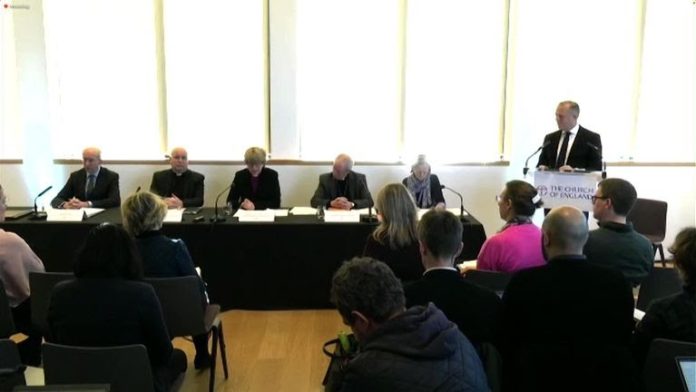 The Church of England has issued an official apology for its “shameful” treatment of LGBTQI+ people.

The Bishops of the Church of England wrote a letter admitting LGBTQI+ people have “received a hostile and homophobic response” at times but should be and are “welcome and valued”.

It comes after the church announced that it would not allow same-sex couples to marry in its churches but would, for the first time, bless same-sex civil marriages.

According to the letter: “We would like to express our regret for how the Church of England has treated LGBTQI+ people, both those who worship in our churches and those who do not.

“We deeply regret any times we have rejected or excluded you or those you love. The hostile and homophobic responses you have received in our churches are shameful, and we apologize.

“We have repeatedly been told how we have failed LGBTQI+ people as we have listened. We have not loved you as God has, and this is gravely wrong.

“We declare unequivocally and publicly that LGBTQI+ people are welcome and valued: we are all children of God.”

The decision will “go too far for some while not going nearly far enough for others.”

The Archbishop of Canterbury, Justin Welby, stated that the decision on same-sex marriage was made to “seek the common good,” but he admitted that it will be difficult “go far enough for some but not far enough for others