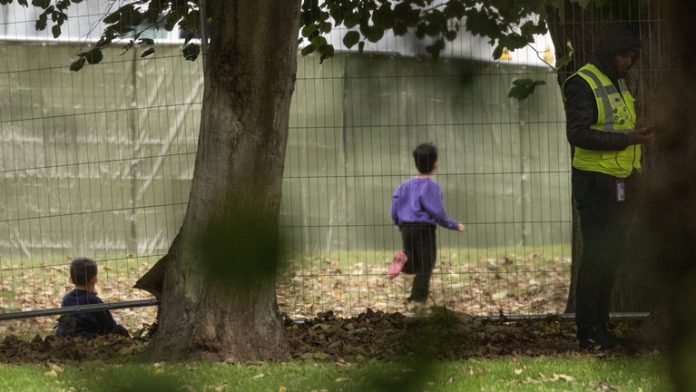 According to a Saturday investigation by The Guardian, the UK Home Office has turned a blind eye to the disappearance of dozens of unaccompanied migrant children from a Sussex hotel that serves as a children’s home.

According to the news outlet, of the 600 unaccompanied minors who have passed through the Home Office’s hotel in Brighton over the last 18 months, 136 have gone missing, and 79 are still missing. According to a whistleblower for Home Office security contractor Mitie, the alleged kidnappings are brazen, common, and not limited to the Brighton facility.

“Children are literally being picked up from outside the building, disappearing, and not being found,” a security guard told The Guardian, implying that “traffickers” are to blame. A similar facility in Hythe, Kent, is said to have lost 10% of its young charges each week.

For over a year, police had warned the Home Office that criminal networks would likely target the young asylum seekers being housed in the hotel, and the location was known to be problematic – a “hotspot of exploitation,” in the words of another source from child protection services – due to the presence of county lines gangs in the area.

The security guard even admitted to witnessing kidnappings by county lines gangs firsthand but felt powerless to intervene. “Albanian and Eritrean gangs pick them up in their BMWs and Audis and then they just vanish,” according to the source.

In May, two men were apprehended with three children, who were returned to the Home Office. According to the Mitie worker, most police investigations were “cursory,” and children were almost never returned.

While whistleblowers have repeatedly warned the Home Office about the situation, “little has changed,” according to The Guardian. A Brighton councillor allegedly compared the lack of government action to “industrial-scale child neglect.”

When asked what was being done to protect unaccompanied migrant children in the midst of this kidnapping spree, the Home Office suggested it was a police issue, and the police referred questions to the Home Office. Even after it was revealed in October that 220 child asylum seekers had gone missing from the agency-funded facilities, where they were housed in hotels alongside adults whose backgrounds had not been checked, no policy changes appear to have been made – despite officials admitting in internal communications that they are effectively running unregistered and thus illegal children’s homes.