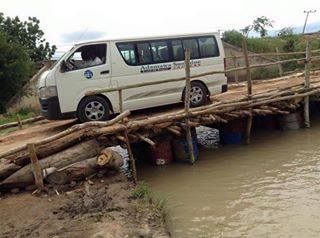 This wooden bridge was constructed by young men in Adamawa without government support. The old bridge was destroyed by Boko Haram. 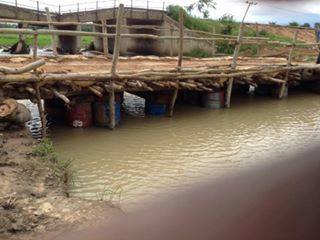 It was a very important bridge that connects Adamawa North and Adamawa Central. Even the governor and other important people in the state use this wooden bridge when they visit their villages.

Instead of rebuilding the bridge, the Adamawa state government recently announced that it will spend 200 million Naira on prayer warriors.

I believe that is a misuse of public money.

You don’t need to spend millions on prayers.

The North East states have a lot of work to do in rebuilding the communities and infrastructures destroyed by Boko Haram.

I don’t think the governors in the region understand the magnitude of the problem. It is time for them to wake up and get their priorities right.

If you know the Adamawa State governor tell him that rebuilding this bridge is an important and urgent project.