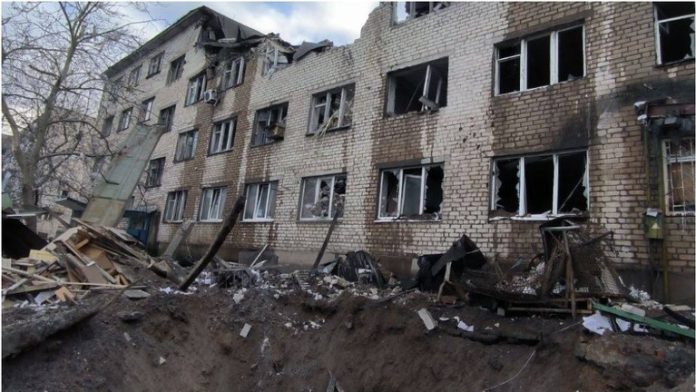 According to the acting governor, Yevgeny Balitsky, Ukrainian troops shelled a residential area in the city of Vasilyevka in Russia’s newly incorporated Zaporozhye Region, killing six people and injuring 37. He went on to say that among the injured were three first responders, one of whom is in critical condition.

“Things are tense in Vasilyevka. The shelling never stops. “Every emergency service is working to assist people,” Balitsky said on his Telegram channel. He also posted photos of damaged buildings and vehicles on the city’s streets.

According to Vladimir Rogov, a senior regional official, Ukrainian forces struck an apartment building near the city’s military administration. He explained that when the strike occurred, locals were lining up outside the building to receive car registration documents.

Rogov claimed on Telegram that Kiev carried out the attack with a US-supplied M142 HIMARS multiple rocket launcher.

The mayor of Vasilyevka, a city of about 13,000 people, Natalya Romanichenko, urged residents to stay off the streets and seek shelter.

The latest information comes after local authorities reported on Tuesday that the Ukrainian Armed Forces destroyed a hospital in the city of Tokmak. Moscow has repeatedly accused Ukraine of targeting civilians with HIMARS and other Western-made weapons.

After a referendum in September, the Zaporozhye Region, along with three other former Ukrainian territories, became part of Russia.