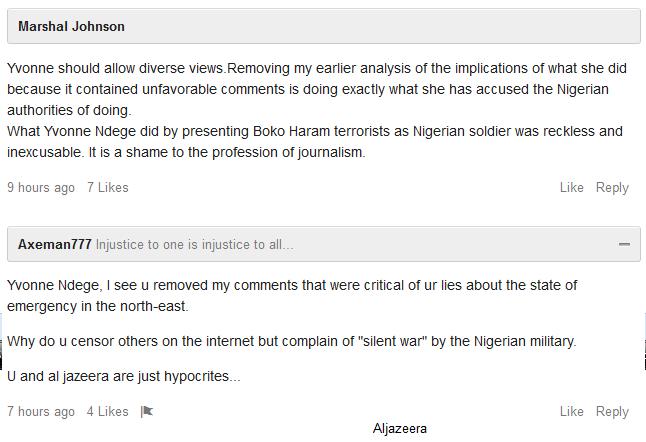 NewsRescue– In what can be viewed as an increasing war between the Nigerian public on the blogosphere and Al Jazeera, a recent article by Yvonne Ndege, “Nigeria’s Silent War on Boko Haram,” has seen many disquieted reactions by Nigerian commentators on why the Qatar government run Al Jazeera media is censoring and deleting comments and analysis from Nigerian readers.

Al Jazeera has been fingered by the Nigerian government and in a NewsRescue recent article as promoting malicious and mischievous material in support of Boko Haram terrorism which has killed thousands of Nigerians across religious and ethnic lines, in recent years.

An Al Jazeera claim of a soldier reporting 3000 civilians dead was firmly disputed by our news desk. And the intentions of the Qatari Royal family, owners of Al Jazeera, have been questioned.

Qatar has been labelled and documented as presented in the article, as the “worst Middle East country,” based on its “contrived efforts” against terrorism. The Qatar government owned and run Al Jazeera was also banned from Iraq for “fostering and promoting violence and sectarianism.”

Yvonne should allow diverse views. Removing my earlier analysis of the implications of what she did because it contained unfavorable comments is doing exactly what she has accused the Nigerian authorities of doing.
What Yvonne Ndege did by presenting Boko Haram terrorists as Nigerian soldier was reckless and inexcusable. It is a shame to the profession of journalism.

Marshal quizzes Al Jazeera for “silencing him” and other commentators in the same article posing to query Nigeria’s “silence.”

Another reader was more blunt in his feelings toward the persistent actions of the Emir’s media:

The United States, under the new leadership of secretary of state, John Kerry, Monday June 3rd, took a stand with the Nigerian people, listing Abubakar Shekau, the leader of the Boko Haram terrorist group, wanted. A bounty of $7 million was placed on his head inviting bounty hunters to go after him. See:US Places $7 Million Bounty on Shekau, up to $23 Million on West African Terrorists 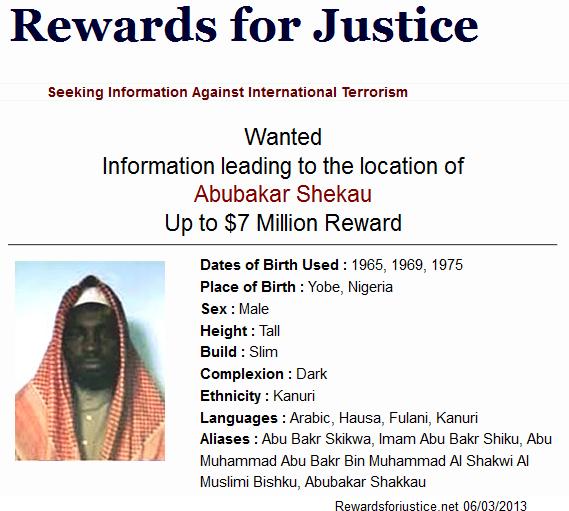