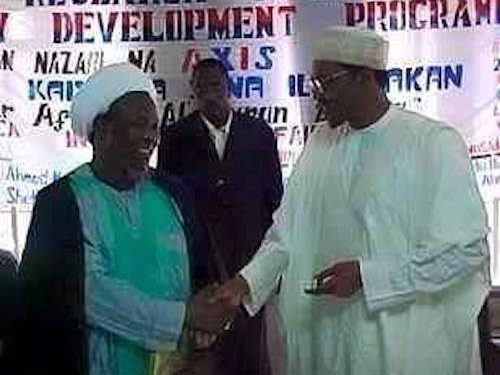 A member of the Islamic Movement of Nigeria (IMN) and two lawyers on Saturday reacted to the recent prescription order granted against the group.

The Shiite, Abdullahi Musa, said despite the order, the group will not relent in its activities which he described as religious in nature.

Mr Musa, who noted that he was not speaking on behalf of the group, said the court order was in his view, a “senseless decision” of government given the spate of killings allegedly “perpetrated by security operatives without prosecution of culprits.”

Mr Musa spoke with PREMIUM TIMES in a telephone interview on Saturday.

According to the IMN member, who also heads the media unit of the group, the Nigerian government took the decision to legalise its “killing of Shiite members”.

“This is like saying that the Catholic Church or any other church has become a terrorist organisation. Nigerians cannot be quiet. If they fail to speak up, today it is the IMN. Tomorrow it can be any other set of worshipers. They are calling us terrorists, who did we terrorise? They are the ones who have been terrorising us,” Mr Musa said.

PREMIUM TIMES reported how the federal government obtained a court order on Friday effectively allowing it to proscribe the movement.

The decision followed a security meeting by the Nigerian government with top security officers after protests by the Shiite Islamic Movement turned violent in parts of Abuja.

The violent clashes had resulted in the death of a journalist, top policeman and over a dozen Shiite members.

A lawyer, Johnmary Jideobi, described the move by the government to ban the Shiite group as unconstitutional and a nullity.

The lawyer argued that no arm of government has the right to take away the freedom of fellow Nigerians without a proper trial.

“Section 36(1) of our Constitution loudly proclaims and eloquently insists that everyone is entitled to fair hearing whenever the determination of his civil rights and obligations are to be determined by a court of competent jurisdiction impartially constituted.

“A clinical survey of all judicial authorities in Nigeria and other commonwealth jurisdictions shows that any decision arrived at by any court in circumvention of this fair hearing right cannot stand and should be declared a nullity. Such is the fate of the ex-parte order of the Federal High Court issued on the 26th of July, 2019 prescribing the Shiites as a terrorist organisation. In any event, the crime or offence of terrorism is created by the Terrorism Prevention Act, 2013 (TPA).

“Our constitution declares that it is only when a court of law finds a citizen guilty of an offence that conviction and sentencing can follow. Unfortunately, the ex-parte order of the Federal High Court appears not to have reflected this constitutional safeguard in that without any plenary criminal trial the Shiites have been found guilty of being “terrorists” which is a grave label world over.

“This is because, the ex-Parte of proscription has a somewhat perpetual effect of which under our laws an ex-parte can only last for a few days. In fact, the Federal High Court Rules itself proclaims in the clearest of language that every ex-parte order expires after 14 days of its issuance.”

Mr Jideobi questioned the failure of government to respect the order for the release of the Shiite leader, Ibrahim El-Zakzaki and described the recent move as overstepping boundaries.

“Being labeled a “terrorist” presupposes that you have been tried and found guilty of the offence of terrorism by a court of competent jurisdiction. The National Assembly [nay the TPA] goofed by attempting to proclaim any person or group of persons “terrorist” or “terrorist group” by an ex-parte order without a proper criminal trial thereby sidestepping that time-hallowed process of determination of the guilt or innocence of a criminal suspect sanctioned by the Constitution itself.

“The TPA punched above its weight. No doubt, it is a constitutional taboo, if not a legislative apostasy, that its victims [such as the Shiites] ought to put squarely before the Court. This can only be so for even a state organ [such as the National Assembly] is without powers to bludgeon the fundamental rights of citizens, F.R.N. vs. Ifegwu (2003) 15 NWLR (Pt. 842) 113 at 185. It is in the light of the foregoing that the proscription of the Shiited group as a terrorist organisation must be viewed and understood.

“Lastly, questions must be asked why a government that prides itself as Rule of Law-compliant obstinately refused to comply with the valid and subsisting Order of the Federal High Court directing the release of the Elzazaky (the Shiites Leader) which by the way has been the major (if not the sole) plank of their relentless protests.”

But another lawyer, Monday Ejeh, said the actions of the group in recent times warranted the steps taken by the government.

“A quick look at Section 1(1) and (2), particularly Section 1(2)(b),(i),(ii) and (iv); Section 1(2)(c),(iii) and (v) of the Terrorism (Prevention) Act, 2011 show that the activities, and in recent times, the protests of the IMN (Shiites) are such that can be classified as terrorist acts. Recall that it was not under this government the said law was made.

“I am aware that some pundits are of the view that since the IMN or Shiites is a religious group and Nigeria is a secular state, it is a breach of the provisions of Sections 38 and 40 of the Constitution of the Federal Republic of Nigeria, 1999 as amended, which provisions guarantee our rights to thought, conscience and religion; peaceful assembly and association.

“So while exercising our rights, we must ensure that such exercise of our rights does not lead to the infringement of the rights of other people. For example the IMN (Shiites) exercise of their right to associate freely and to a religion of their choice was exercised against and did trample the right of the Chief of Army Staff and his convoy to move freely in Zaria. This to me was where the issues arose from.

“It is for this reason that Section 45 of the Constitution provided that laws such as the Terrorism Prevention Act, 2011; which provisions fix the IMN (Shiites) into a terrorist grouping, are justifiable in our Country as the law seeks to have been implemented in this circumstance in the “interest of defence and public safety”.

“Thus, the proscription of group and the attendant declaration of same as a terrorist group is in line with our laws,” Mr Ejeh said.